The tl;dr version, in case you’re late to the Will Healy Chronicles:

Healy snared the Austin Peay head-coaching job at the age of 30, in part because no one else wanted it. The Governors were in the middle of what would become a 29-game losing streak, but they went 8-4 in his second season and nearly made the FCS playoffs.

He provided another energy boost at Charlotte. Through four years in FBS, the 49ers were averaging just three wins per season with an average SP+ ranking of 124.8, but after a 2-5 start in his debut campaign, they rode five straight wins to their first bowl bid. And oh, did they celebrate.

Still only 35, Healy is a rising star, a Dabo Swinney-style delegator, motivator, recruiter and brand-builder. His career trajectory is an upward slope, and it seems likely that if or when he leaves Charlotte, he’ll leave a better program than the one he found.

Healy did lose offensive coordinator and line coach Alex Atkins, another potential rising star, to Florida State. Atkins was at the helm of a ground-heavy attack that surged to 55th in offensive SP+ thanks to the tandem of quarterback Chris Reynolds, thousand-yard rusher Benny LeMay and a line that included all-conference left tackle Cameron Clark.

LeMay, Clark and two other starting linemen are gone, though Healy brought in NIU transfer Tre Harbison (1,021 yards in 2019), and the line does still feature five players with starting experience. Reynolds himself is perfect for the Healy offense, and he’s got a couple of big-play wideouts in Victor Tucker and Cameron Dollar. Still, it’s hard to sustain your gains after a huge surge like this.

The bar is a lot lower for a defense that ranked 107th in defensive SP+ last season. The 49ers defended the pass more aggressively than most of their C-USA peers – ninth in sack rate, 41st in passing success rate allowed – but the risks were sometimes punished with big plays, and a solid pass defense makes more of a difference when the run D isn’t a total sieve.

Both end Tyriq Harris and safety Ben DeLuca missed most or all of 2019 due to injury, and both are scheduled to return for second-takes at their senior seasons. They could be key to replacing two valuable contributors: end Alex Harrington (12 sacks) and safety Marquavis Gibbs.

Healy signed a few JUCO defenders, and there are seniors at each level of the defense. But improvement in 2020 could be driven by youngsters like linebacker Prince Bemah, safety Jonnie Pitman or lineman Bryan Wallace, all of whom did quite a bit of damage in backup roles. Also: redshirt freshman corner Trey Bly is the son of legendary corner Dre’ Bly, which, enough said.

SP+ gives the 49ers a 58% chance of reaching bowl eligibility again, but that’s with the D projected to fall to 123rd. Make that defense 90th or 100th, and they become dark-horse East contenders. 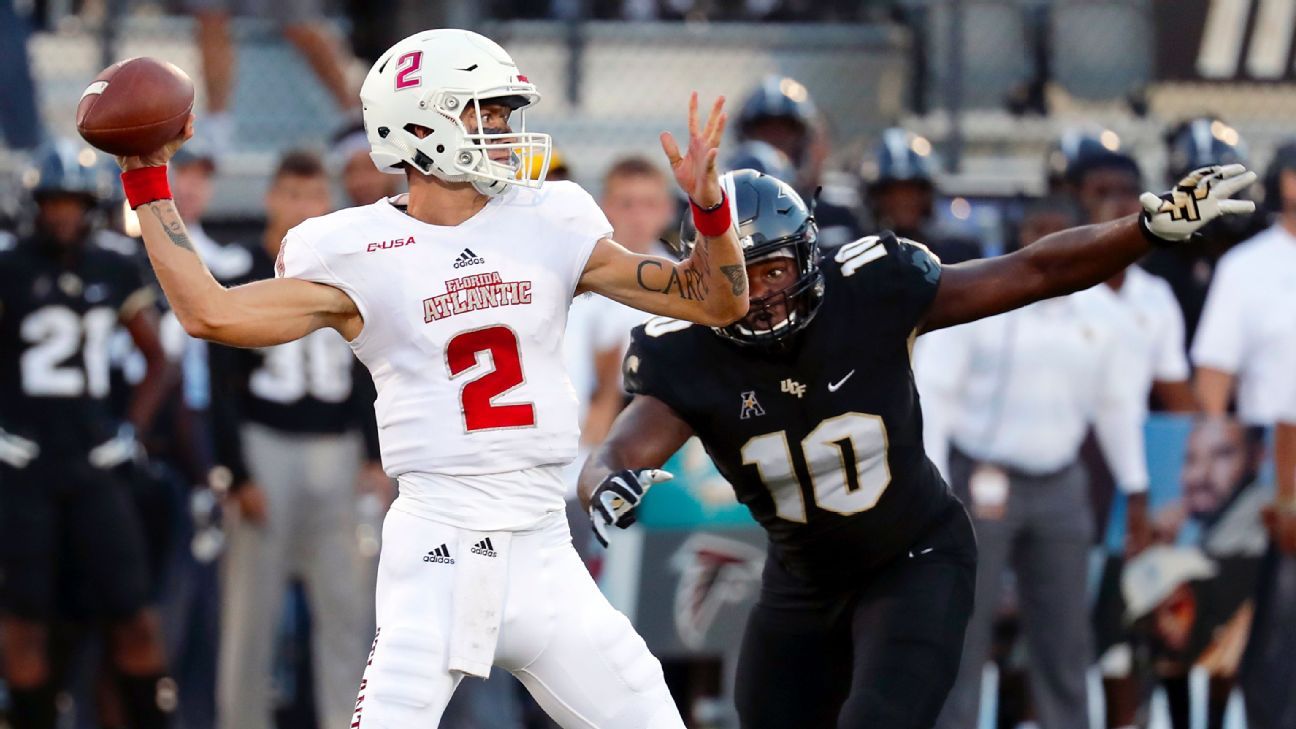 Who holds the cards in Conference USA East? Will Florida Atlantic notch its third crown in four years or can Western Kentucky unseat them? Does Marshall's experience place the Thundering Herd at the forefront? We tackle these questions and more here. 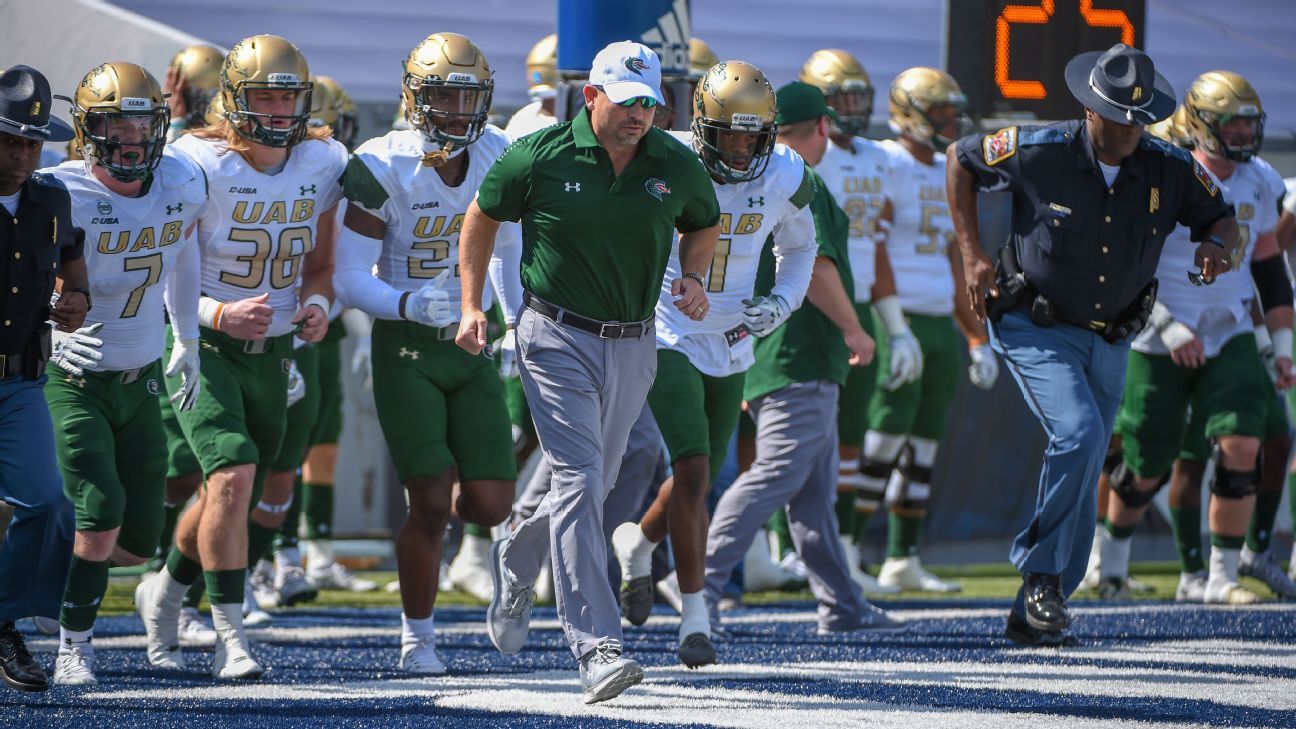 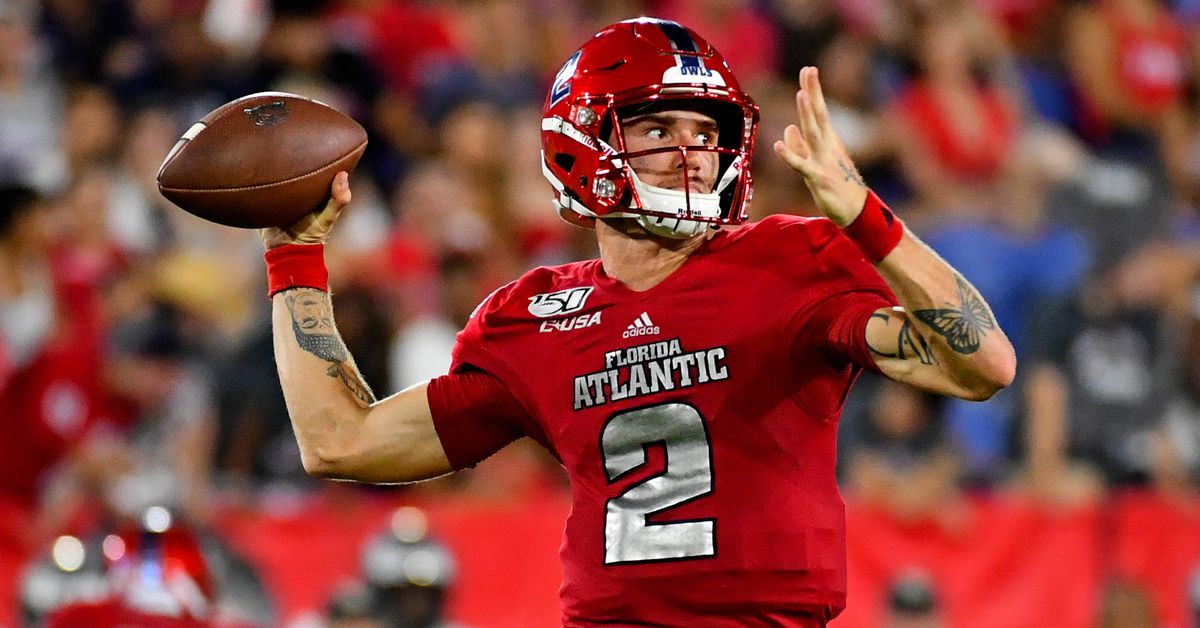 More than half the conference is in search for a reliable starter at QB this season.

Conference USA returns a litany of talent at the receiver and tight end positions.

3. Charlotte: For the record, I believe Charlotte’s Victor Tucker is the top receiver in Conference USA, and the duo of he and quarterback Chris Reynolds are the best QB-WR tandem.