Next Signing Day is February 1st. While players can continue signing afterwards, this should be the time that we see the most of our remaining verbals sign.

Here is an updated list of verbals awaiting signing:

Plus several more offers that went out since December which could be committed on. I haven’t listed those.

I will say that I don’t think all of the commitments above are still viable. Especially the ones that did not sign last cycle after already being committed (the first 9 names).

We did lose RB Dylan McDuffie to Kansas too.

David Santiago posted on twitter a few weeks back he was looking elsewhere.

The dynamics are changing rapidly. Do these guys desire to compete against talented teammates to earn their playing time? Based on our new guys, I think yes, most of the guys in consideration to sign in February would welcome competition that makes them and their football teams winners in 2023. However, some might instead go onto Kansas

David Santiago posted on twitter a few weeks back he was looking elsewhere.

Thanks for that. I figure there are a few more of those.

Please feel free to submit any corrections or updates that you find. I welcome the collaboration!

Do we know if the AD will be setting up the web site again for our February signings?

I’m guessing probably so, but we will still try to catch all of them in this thread anyway. I forgot how many of them there would likely be. Even if 10 or so don’t sign, it’s still going to be a lot.

I have to think and hope if a recruit is waffling, the HBO thing and exposure can help push him back in our direction.

I would have expected a bit more chatter around this topic with National Signing Day tomorrow. Is that because we don’t have to worry about last min flips? We always have a few, everyone does. That is an awful lot of sig’s that need to come in tomorrow. IMHO

I would not be surprised to see a couple of flips. I hope not though.

Honestly? I was trying to get caught up at work because I figured I would get nothing done tomorrow.

And by we, I mean Mom and me, in her basement, of course. Mom can read minds, but she seems to be a bit dyslexic.

I would not be surprised to see a couple of flips. I hope not though.

Yeah, flips from Saban to the Niners maybe

Dude, get your priorities straight, nothing should come before NNN

actually I am a beneficiary on this topic and most. I don’t have the time or capacity to keep up with all the transactions and changes. Just depend on others, which is terrible I know. As always I don’t thank those who do keep up with this and other stuff enough.

Elvis is leaving the confessional booth

Lets go!!! Signing day! Lets get some more Niners signed and some players flipped to us! 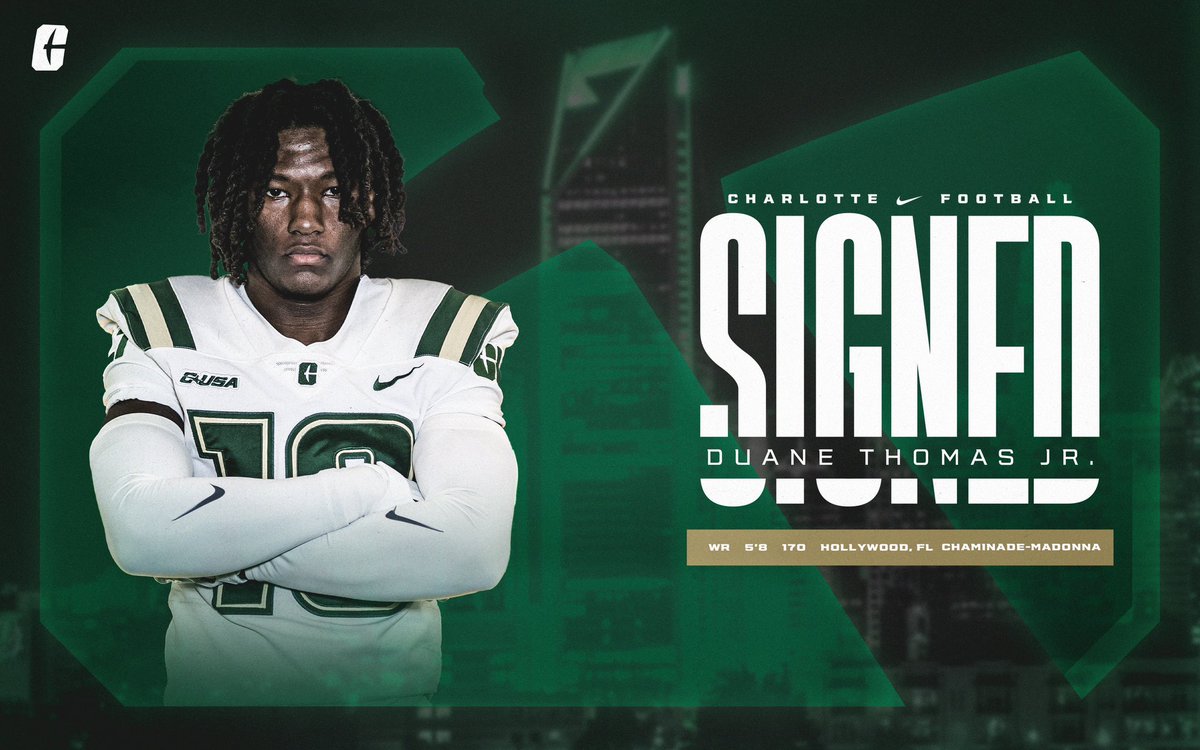 Also competes in track and field events. As a junior, took 3rd at Florida’s 1A state track meet in the long jump. Also part of a 4x100 squad that placed 4th. ...

At Chaminade-Madonna: Accomplished receiver for one of the best programs in Florida … Lions were ranked fourth in the state in 2022; fifth in 2021 … 2022 FHSAA 1M State Champions … went 13-1 with an unbeaten record in the regular season and state playoffs … posted a 48-14 win over Clearwater Central Catholic in state title game … lone loss came in post-season national game to Bishop Gorman of Las Vegas … 2021 FHSAA 3A State Champions … went 21-1 and topped Berkeley Prep, 21-0, in state title game … had 606 receiving yards with six touchdowns as a senior… added 287 rushing yards and four TDs … totaled 10 TDs … averaged 46.6 receiving yards/game and 17.3 yards per catch as a senior … over 1,300 yards from scrimmage as a junior: 771 receiving yards with 575 rushing yards … had seven TDs (4 rec.; 3 rush) … averaged 59.3 receiving yards per game and 14.4 yards per catch in 2021 … two-star recruit by Rivals.