New proposal to move the start of the college baseball season from mid -February to March and push the season out into the summer. 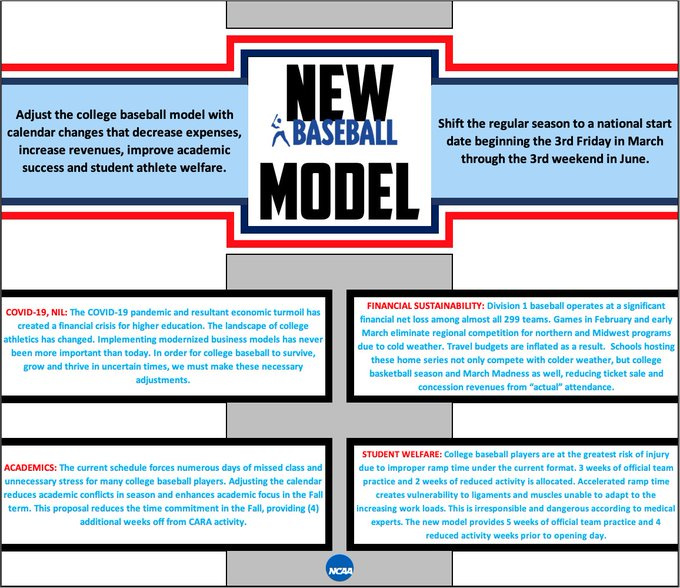 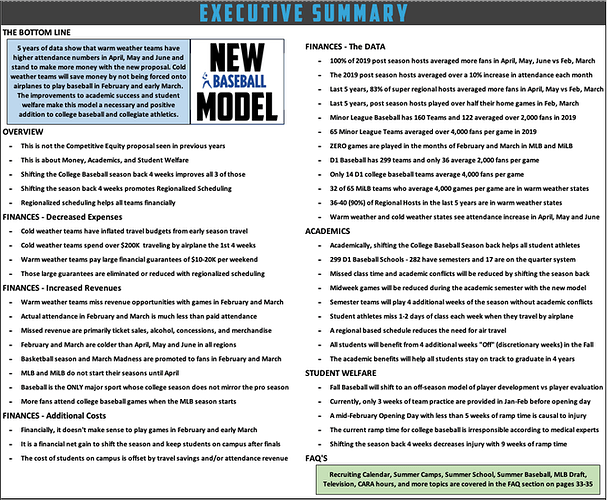 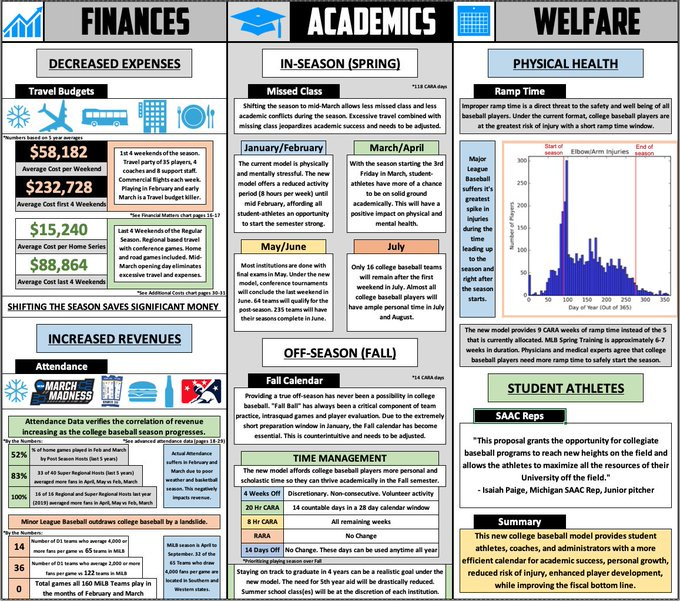 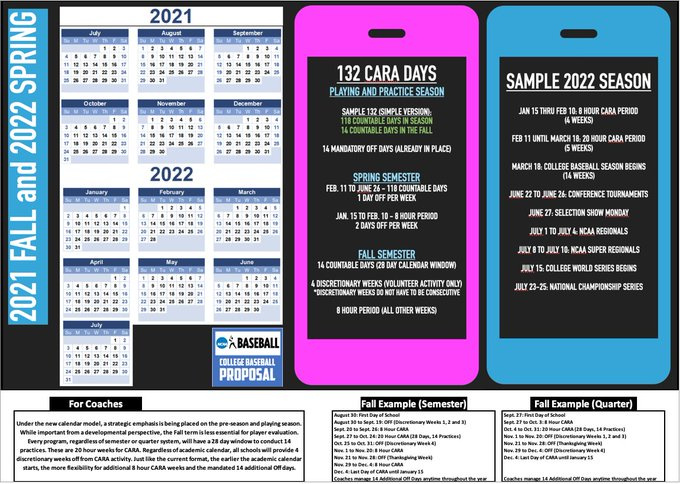 Love it. This is absolutely in the best interest of the kids, athletic budgets, the good of the game, and alums in general.

The only people this is bad for is the people that are making money in the summers off these college kids in the summertime. I could also see some college towns with programs that aren’t established struggling as well. EX: Mississippi state will be just fine, but Presbyterian college will have less people in town to pull from.

I would also think it’s great for the northern schools, since they will be able to practice outside earlier in the season, and won’t necessarily have to spend as much time touring the south early on.

On the flipside, June/July in Mississippi, Alabama, etc. is sweltering. That’ll add some misery for those teams. 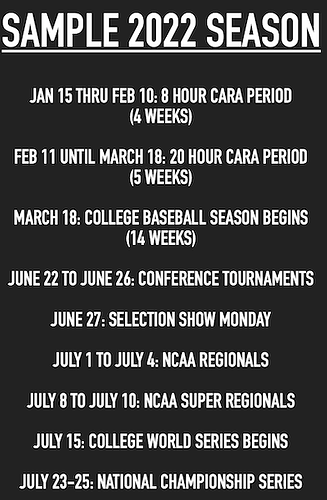 I really like the NCAA Tourney starting around July 4th weekend. Has a chance to really increase the TV viewership, which has been rising each year.

I know the MLB Draft is still trying to figure out what they are going to do moving forward (and the MiLB re-organization) but before Corona hit, MLB was going to have their 2020 Draft in Omaha as the CWS was beginning. I hope during the re-structure that they line things up that way again. I think both MLB & College baseball would benefit.

I also like that we would play about a month and a half during the school year and then the players would then get to focus on baseball the rest of the season. That would be your bulk of Conference play. As it is right now, Exam Week and graduation comes right in the middle of crunch time in the season.

Summer Ball leagues like the Cape still get all of July and August for their seasons. Not ideal for the summer leagues but they can still get a season in.

All things considered, this is good for DI baseball. It’s especially good considering that the MLB draft will stop taking as many players as they have in the past and about 40 low minor league teams are going to get the ax.

Both of these latter developments hold the prospect of (1) raising the overall quality of players available to DI programs and (2) giving fans of the former low minor league teams a viable alternative for the loss of their low-A teams.

By the way, these changes in the draft and minor leagues could never have come about if the overall level of player evaluation and development hadn’t undergone a major boost at the DI college level over the last 5-10 years. Examples like virtually our entire pitching staff working out this summer at a world-class development site like P3 in St. Louis have given MLB front offices additional confidence in major college programs’ ability to prepare players for the professional ranks.