I went into the stadium early and it looked like we have about 20 recruits in for the game. Several were in front of the linemen during warmups and they were some big guys. I wonder if anyone knows who was on campus for the game?

I know that long snapper commit from Alabama was there.

Kevin Donnalley was raving about the # and quality of recruits we had there tonight in the postgame. No names of course.

Lot of retweets tonight. Some names (disclaimer - I have no idea if these are all recruits, or just random people):

Had a great day in Charlotte with @Charlotte49erFB. Great to have gotten time to talk with @coach_lambert49. pic.twitter.com/EcQd1qnOde 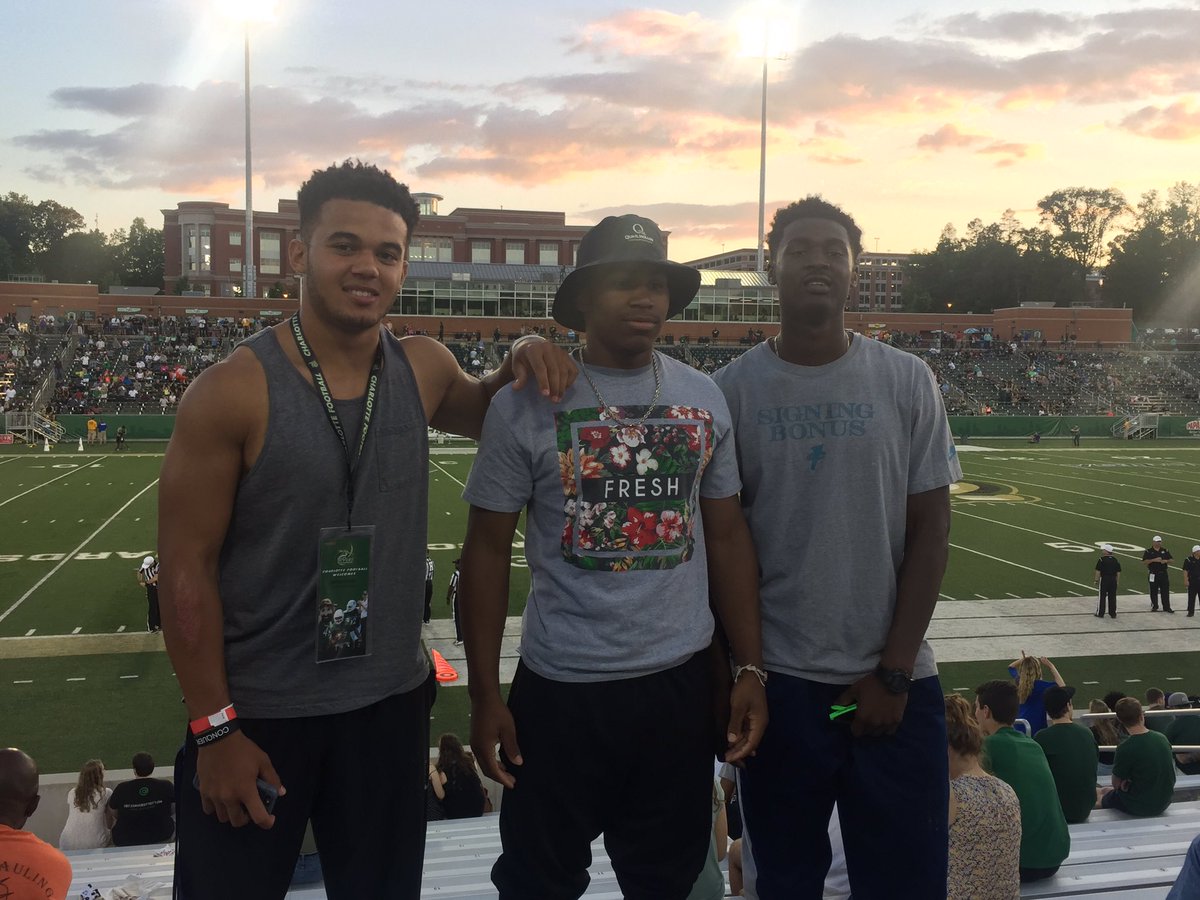