First of two meetings - away and home - with Detroit Mercy of the Horizon League. Titans are coached by Mike Davis, whom many will remember from his stint at UAB, as well as being the HC at Indiana when Brendan Plavich hit the game winner in Assembly Hall back in 2004.

Titans (2-3) aren’t a good team but do have a history making player in Antoine Davis - son of Coach Davis - who will probably finish his collegiate career as the number two scorer in D-I men’s basketball behind Pete Maravich. Did set one record today in a 98-88 loss to Bryant: 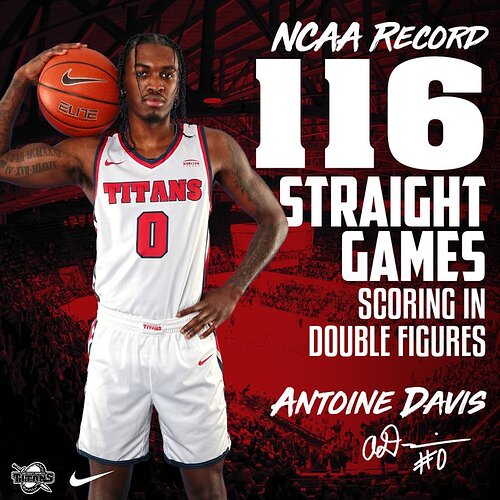 Soo…better than Mark Price’s son, then?

@CharlotteMBB
Early morning travel for the fellas, means an early morning birthday for our Prince in the Post‼️🔥 Happy Birthday, Aly! #GoldStandard⛏️ https://t.co/IdfLuwfFSg 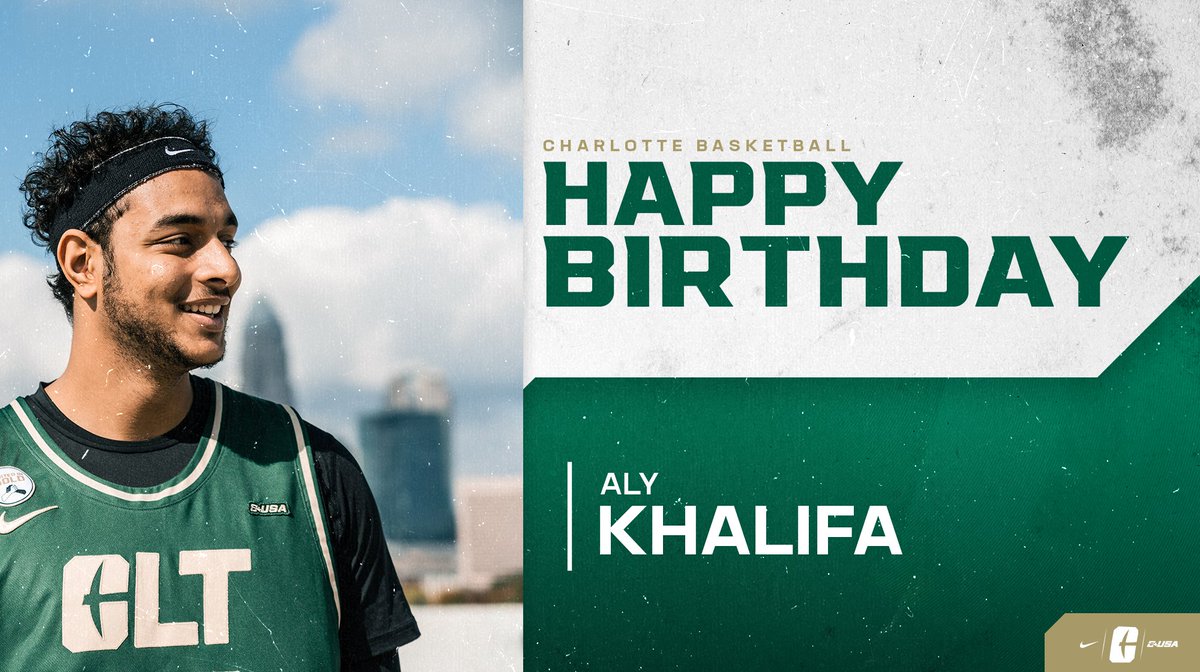 That streak will be over shortly.

Put Folkes on him and shut him down 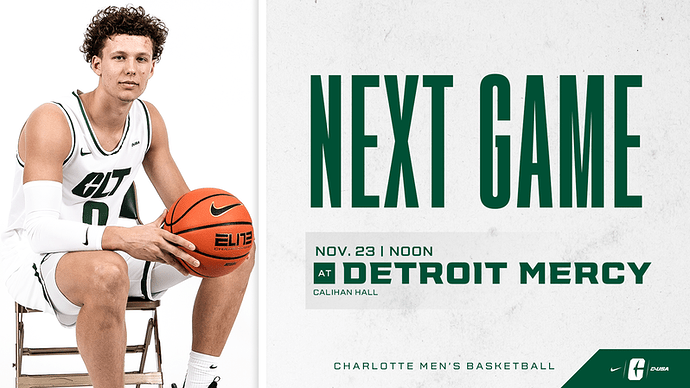 Don’t want a repeat of that.

Definitely odd after reading Frank Martin tried to schedule home and away with us for this season and next. Of course, would have ended up playing UMass twice this year anyway. My recollection is that we actually did play Miami-FL twice under similar circumstances - a standalone OOC matchup and in a tournament. 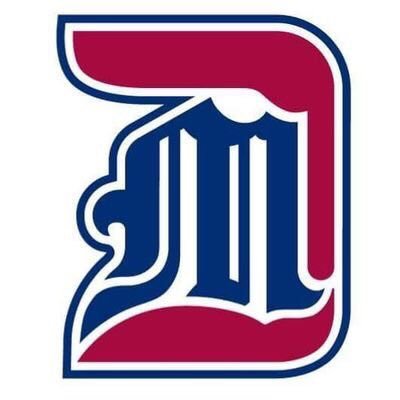 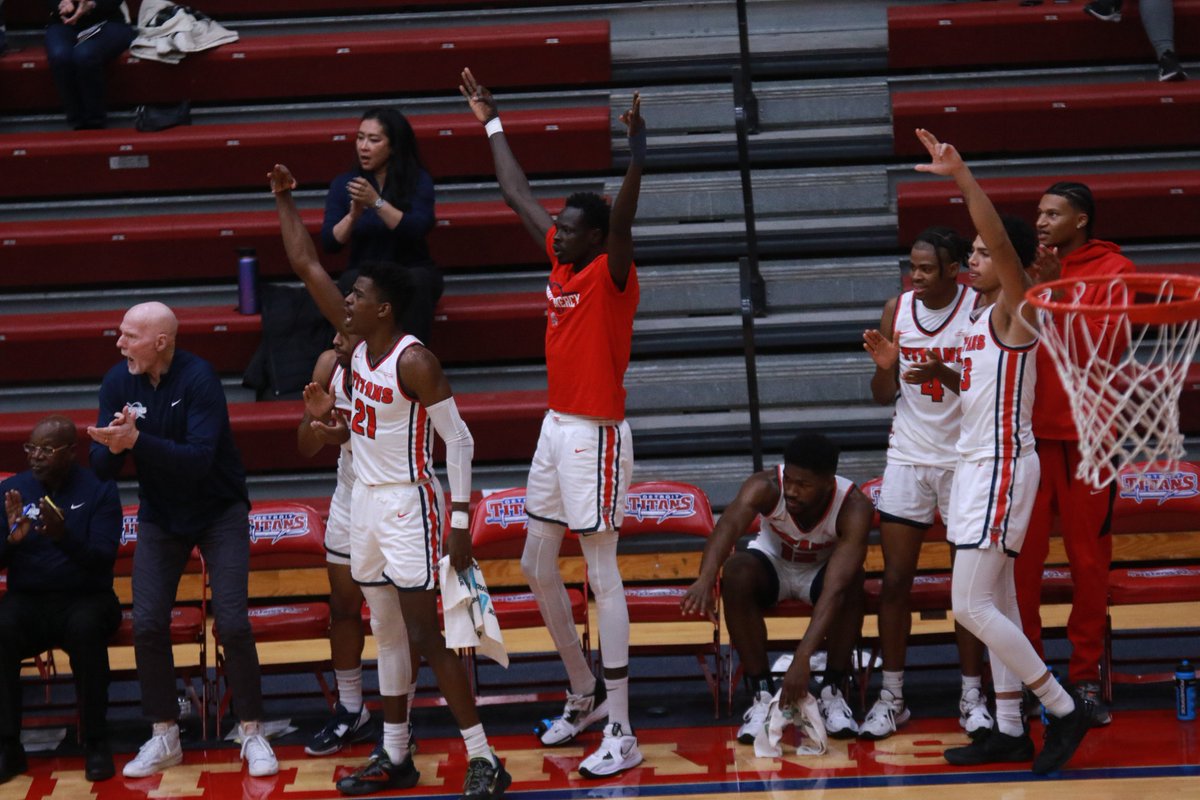 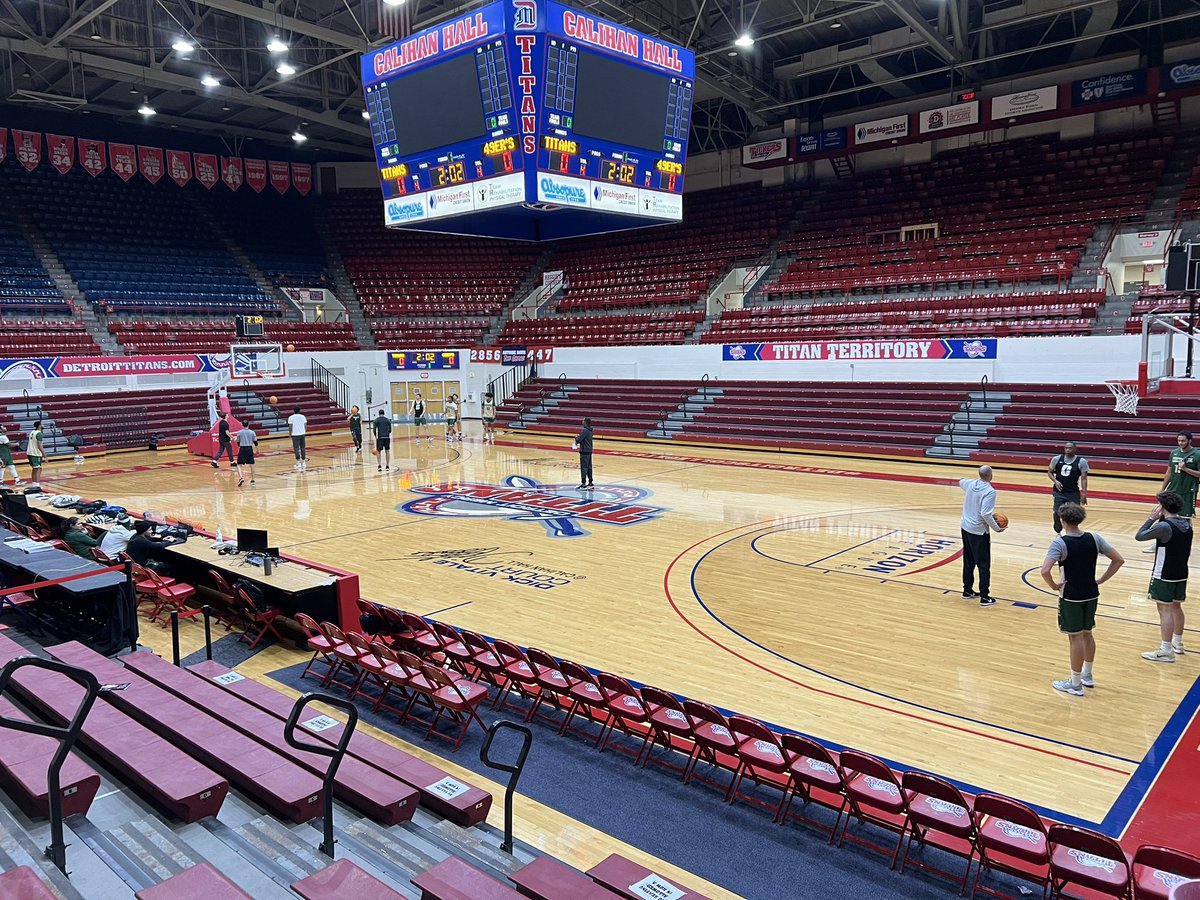 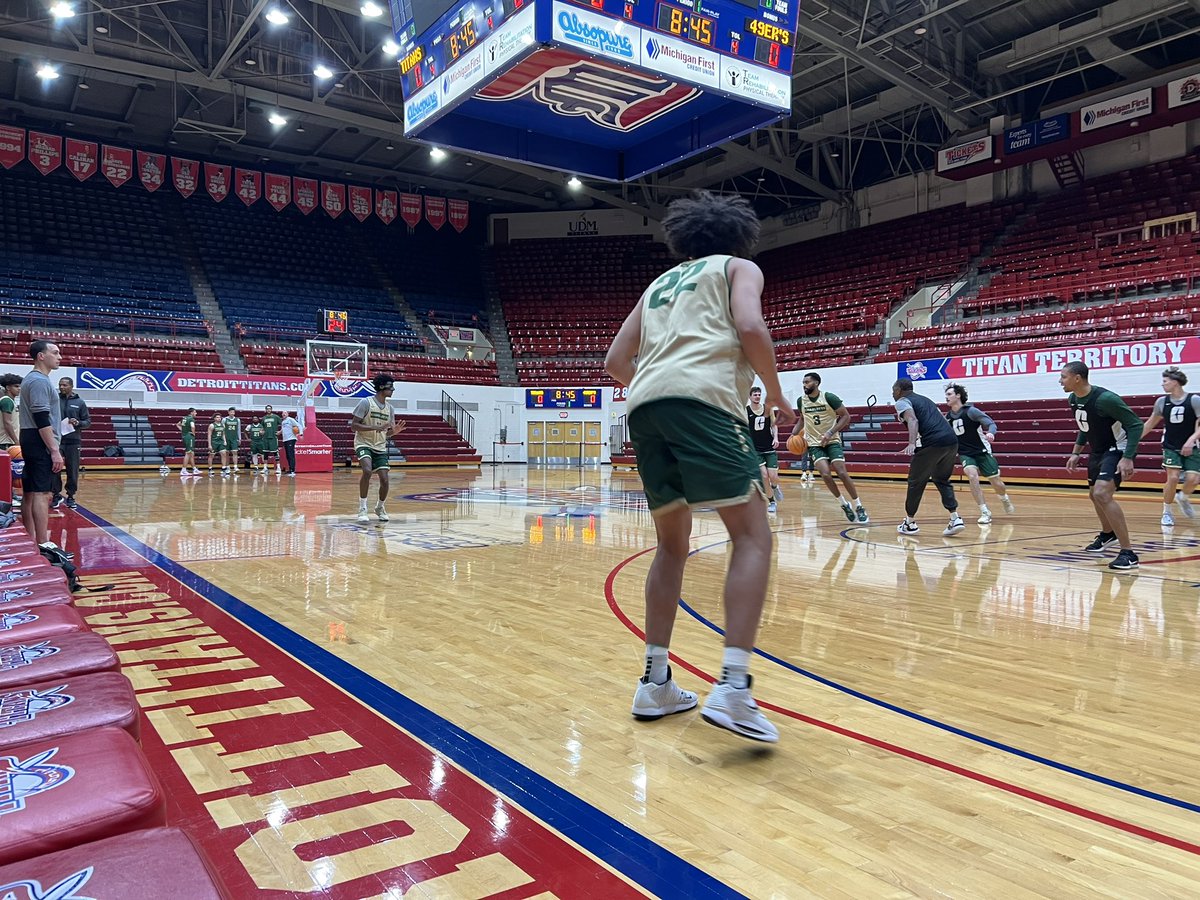 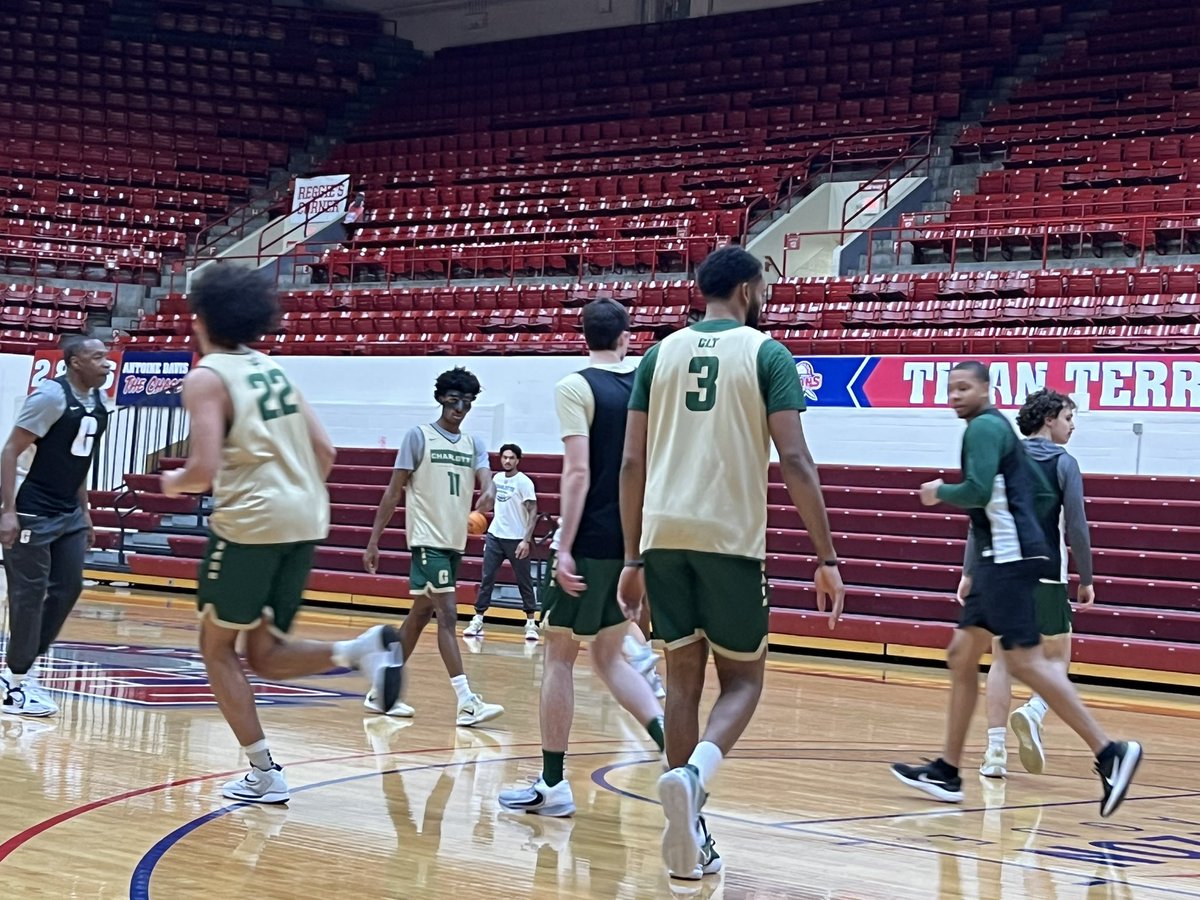 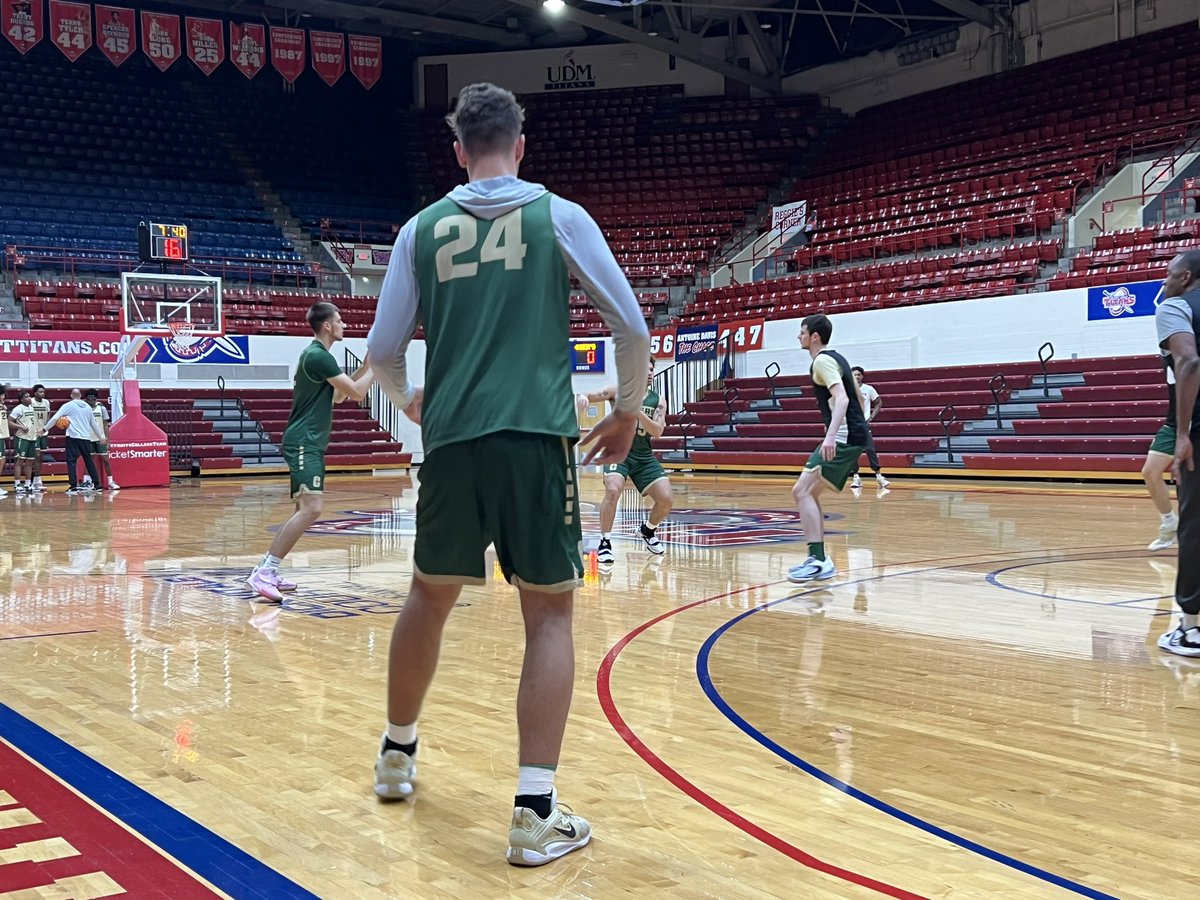 We also played Wake Forest twice in one season in the 1980s or 1990s. We beat them at their place and they beat us at our place in close games as I recall.

Have also played Davidson twice in a season six times. The Charlotte 49ers and the Detroit Mercy Titans meet Wednesday in college basketball action from Calihan Hall. Charlotte is 4-1 so far this year. The 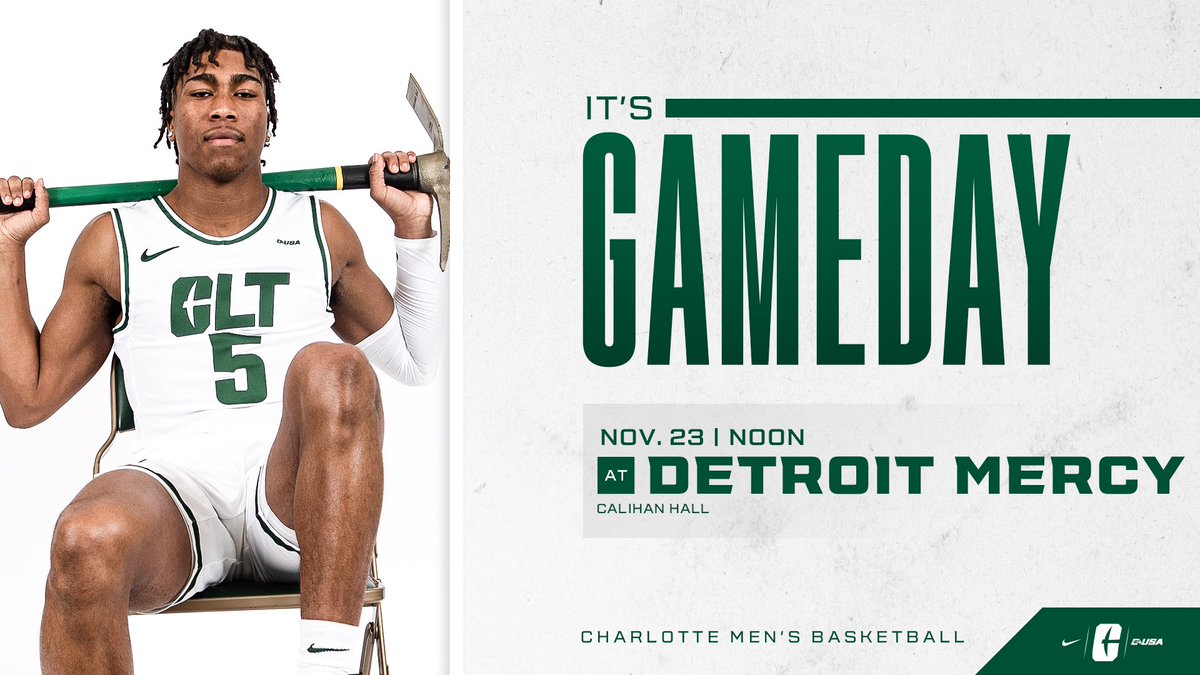 The camera man is giving me epilepsy!

wow, they are going 3 point us to death

Also understand it’s a mid day game, but the parents and friends aren’t even there. This looks like a closed door scrimmage.

Getting back to our old habits. Very disappointing.