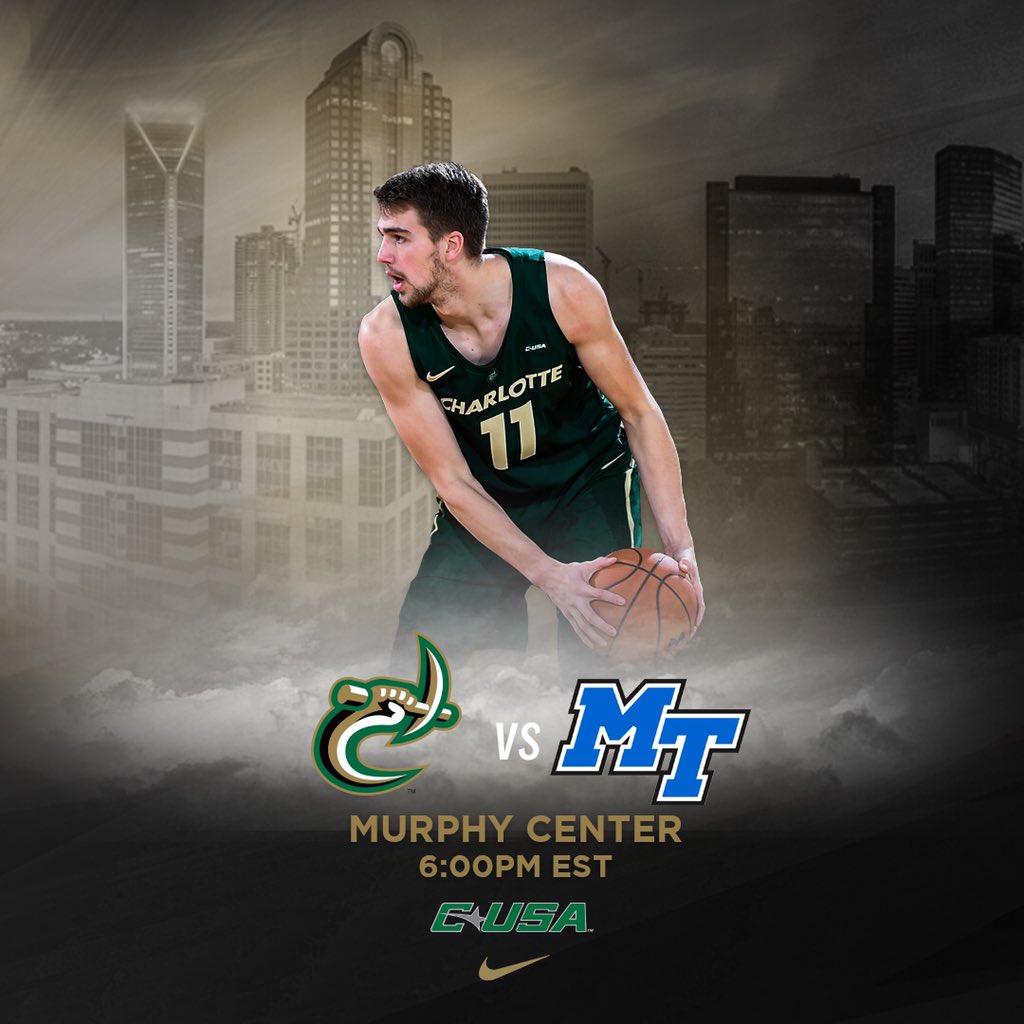 Per the Big O:

Why time is running short for Charlotte 49ers’ postseason quest

If JD scores less than 90, we will lose this game.

We could still lose.

But only on the last one or two possessions.

Confirmed during pregame comments by Coach Sanchez that both McGill (concussion protocol) and Younger (back injury) unavailable tonight.

Going to be a long bus ride back tonight

I missed the game but the Box Score is telling. We allowed 62% shooting from the floor including 45% from three point land. That is a recipe for a loss most nights. McGill and Younger did not play which probably had some impact. For those that did view it, was MTSU just shooting lights out or was it bad defense on our part?

Going to be a long bus ride back tonight

Even longer. I-40 is closed in NC near the TN line due to a rockslide.

I’m pretty sure we charter flights for most games. Also, it is rather cheap to fly direct from Charlotte to Nashville on Southwest or American.

Matt mentioned on pregame that team was traveling by bus for this game. Had to do with uncertainty of Bonus Play schedule.

clt says that makes no sense. Charter a plane and they are back in Charlotte last night, ready to go wherever.

Was the bus punishment?

Did Karen borrow the plane?

Yesterday, we were done in by 17 turnovers which were turned into 30 points by MTSU. On the season, we have only 255 assists and 390 turnovers. Only one player, Cooper Robb, has more assists than turnovers and he is only +1. There are a lot of negatives in our season stat sheet but the turnovers versus assists stands out the most. To make matters worse, many of our turnovers come in crunch time and are unforced.

Not going to win many games without ball handlers.

Davis has to be the all time leader in turnovers. I think Henry had that record before. Davis surely has more than Henry.