Lee Rose was a class act and a darned good coach. Took us to the final 4 and did quite well with Purdue’s program and with USF.

For Rose, 84, and everyone who was a part of it, nothing has ever topped what the 49ers did in ‘77, beating Michigan 75-68 to earn a berth in the Final Four in Atlanta; it was only Charlotte’s seventh season playing Division I basketball. In the semifinal game, they lost to Marquette 51-49 when Jerome Whitehead reached over Charlotte’s Cedric “Cornbread” Maxwell, caught a length-of-the-court pass and hit a layup at the buzzer. The play shattered Charlotte’s dream to face in-state rival UNC (featuring Phil Ford and Walter Davis) in the title game, and Marquette, with Al McGuire coaching his final game, beat Dean Smith’s Tar Heels 67-59 to take the championship.

I was at the game. We were flat out robbed with a no call when whitehead climbed over Max’s back (foul) to get the pass and then committed basket interference in making the “winning” goal. A travesty.

IIRC, the rules at that time were such that had the foul been called, Cedric would have had foul shots at the other basket. The ref who swallowed his whistle was named Paul Galvin. I have no information on where he is buried, should you wish to piss on his grave.

Marquette took out Wake Forest, us, and Cheat in consecutive games. They were kings of North Carolina as well as national champion.

Some very famous and infamous coaches at that Final Four. Al Maguire, Dean Smith, & Tark the Shark.
Had there been a three point shot, UNLV would have won going away. Those assholes could score from 30 feet.

Posted something about this in another forum.

I know cash is going to be tight the next several years, but we need to do something. Maybe a throwback game against a marquee opponent where we wear Lee rose era jerseys. Invite all the greats back. Maybe have it at TWC. Send proceeds to Alzheimer’s research.

We do the dig pink and play for Kay. Surely something can be done

I hope everyone read the article. Coach is fighting Alzheimer’s. We need to do a tribute while he can still appreciate it.

yeah, and get Purdue or Marquette to play - just gotta figure out how to get them on board, maybe a little help from a network or something.

Great article and I would love to play Marquette again. We have more recent history so it is possible. This article should be required reading for incoming freshman.

I love the idea of playing Marquette…

I just rewatched the last couple of minutes of the Marquette game in 77. Last play was clean. They won we lost. They got a little lucky cause Cornbread actually had the ball at first but lost control of it and it went straight into Whiteheads hands and he got it off just in time. Tough but thems the breaks. We didn’t get cheated. Wish people would stop that.

The play was clean by 2021 standards. If you review footage of how games were called in the 70’s, you will notice that the definition of a foul has changed greatly since then. Doubtful in my mind that we would have won in overtime anyway because we had a very limited bench. 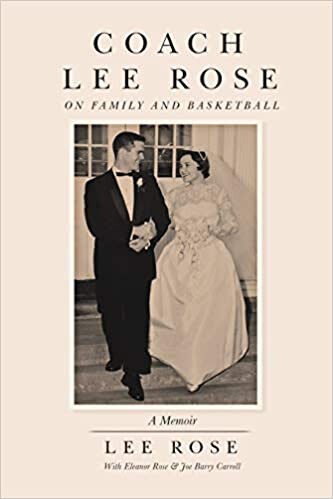 A great and honest love story and a brutally honest story of a great basketball coaching career. Full disclosure…a friend of Lee’s.

As a younger Niner who doesn’t know much around the giants that build our formerly once proud program, I’m gonna have to give it a read.

Whitehead touched the ball in the cylinder after he released it.

Coach Rose was our neighbor for many years, wish him the best. That disease is the worst.

Whitehead touched the ball in the cylinder after he released it.

Maybe pulled the rim down, too, but those things are very hard to call without the benefit of replay.
According to the Observer article, Lee is still pissed about that play.