Yeah that’s my thinking. I would prefer to donate to facilities that will have a lasting influence on the program instead of athletes who can leave at anytime for a better offer. That just seems like throwing money down the drain for a very short term benefit.

How about ONE BEEEEL-YUN DOLLARS?

The Commerical Appeal published a story today about the Tigers’ NIL collective (901 Fund) lead by a father-son duo of Jeff and Clay Presley.

The goal of the 901 Fund is to soon provide, on average, $25,000 to members of the Tiger football, men’s basketball and women’s basketball programs ($2.8 million annually total). One day it is hoped the collective will apply to all varsity sports. The 901 Fund supplements money received by stars like Jalen Duren.

Mr. Presley stated sometime true about the collective that applies to every aspect of the Tiger’s quest for a seat at the big boy table. He said “ We’re not big enough to not have everyone in the community participate, and it can help the community. You’re either gonna help or you’re gonna live in a (expletive).”

That’s a future conference member & I’m not sure we will even be able to compete with that. If we do it will definitely take away from regulsr donations unless we just really get our shit together, start to win a lot & drastically expand the fan base.

What was the total of 49er athletics giving last year?

I think it would wipe out our giving.

It’s just impossible to compete with this stuff. I have a hard time believing that Memphis can achieve that either, but I bet they’ll get close. That’s a problem for us, and for Mike Hill (I think it transcends Will Healy / whomever is the head football coach).

The age of our football program puts us at a huge disadvantage. We are trying to build & improve facilities & build a fan base to compete with our peers at the worst possible time. App & ECU have been at it for decades. I’m really afraid we just started too late to ever gain traction in the current college sports shit storm. 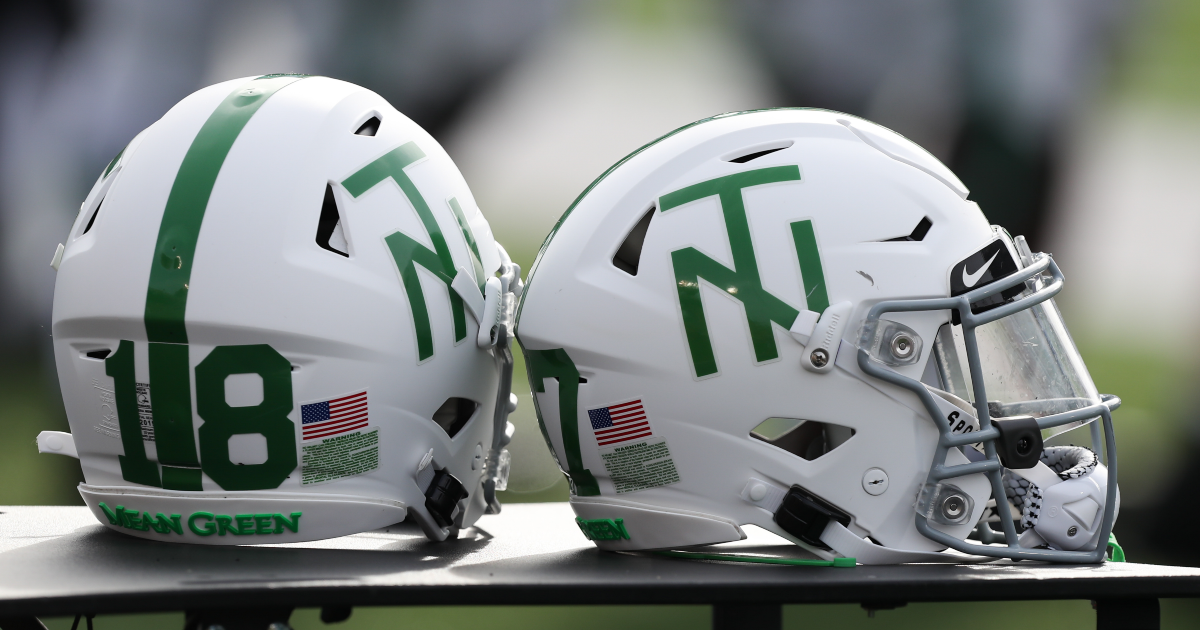 North Texas boosters have launched Light the Tower Collective, a nonprofit NIL collective, that plans to support its student-athletes.

It looks like $25k to $35k NIL per athlete average will be what it takes to compete at the top of the AAC. Other programs( ECU, North Texas, Mempiss, etc) are already on it. Charlotte might end up getting exposed for just an Athletic fees and “potential” school if history repeats itself. The days of Dale Halton and one other small whale funding are over.

I just listened to a long podcast interview with the ECU AD. He mentioned NIL collectives giving players a little bit of money not $25K-$35K. 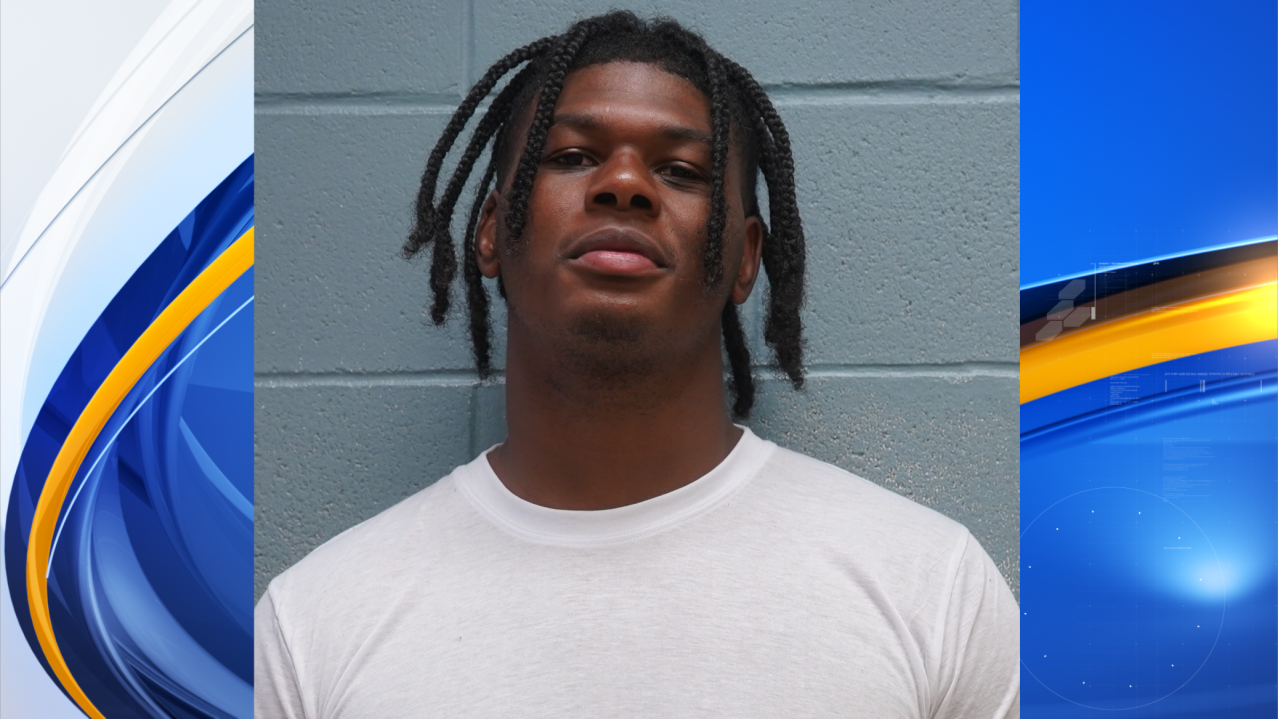 AUBURN, Ala. (WRBL) – Auburn University football player T.J. Finley is in custody at the Lee County Detention Facility on a charge of Attempt to Elude with the Auburn Police Department. Accor…

The blowback on this will be interesting 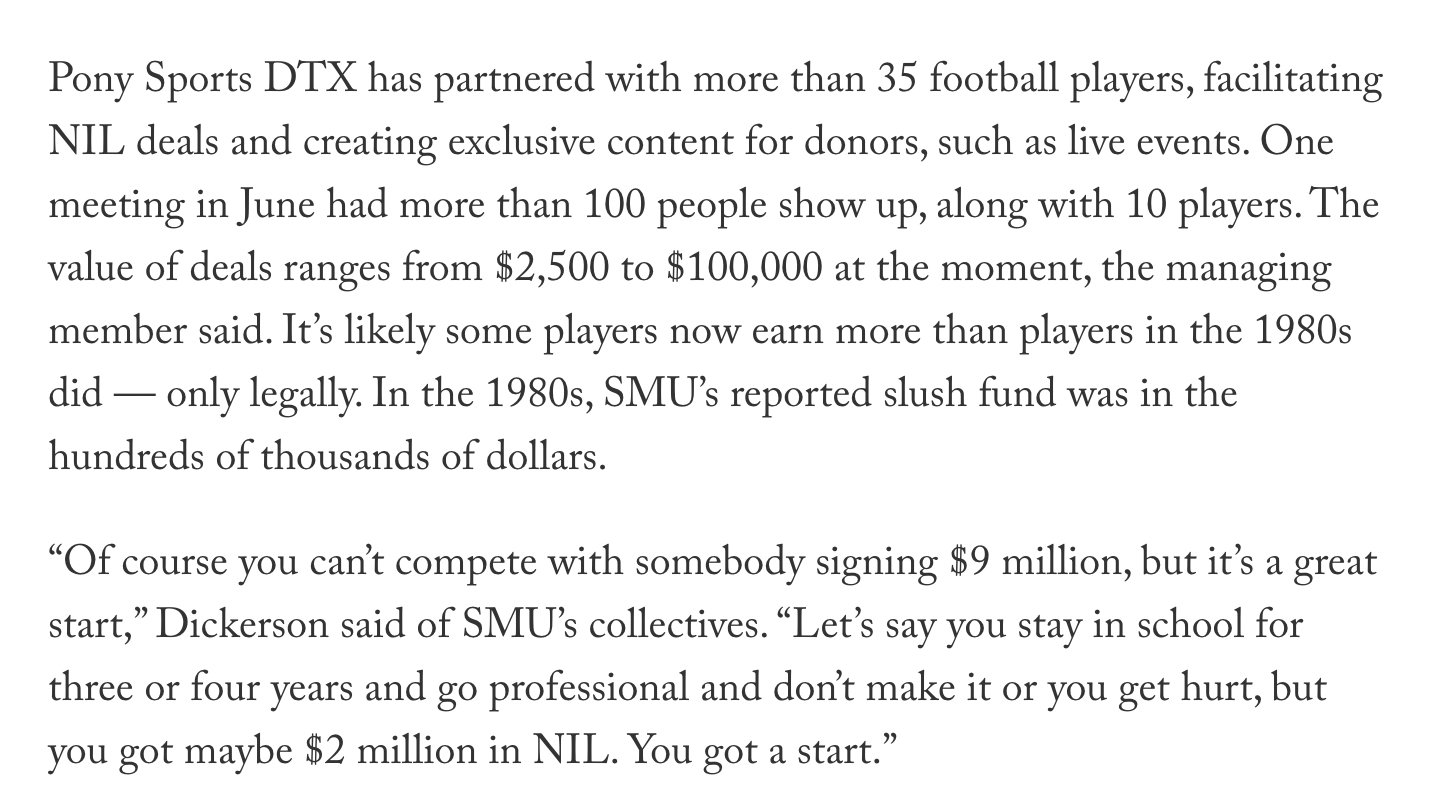 @
SMU collectives began to dabble in the NIL space last year. Then Sonny Dykes left for TCU, and donations exploded to more than $1 million, making SMU an NIL leader in the Group of 5. "It really galvanized everybody." https://t.co/E16YSYY5rp
run49er August 4, 2022, 8:54pm #1041
@
Twitter is entering the NIL space. PAC-12 football players can share their highlights on the app. Twitter will embed ads, allowing college athletes to make money off the ad revenue. Twitter didn't disclose what rev split will be, but players can monetize their highlights.
ghostofclt August 4, 2022, 10:57pm #1042 Can’t wait until we get to beat their paid players soon.

Glad it didn’t say anything about developing our players to the point they can transfer to a program like Maryland.