Can anyone give me an update on these two? I haven’t been able to follow this year as closely as I’d like.

I had high hopes for Berry, did he redshirt? Did Brice redshirt as well?

Both redshirted. IIRC Brice was hurt.

Sorry I don’t know what IIRC means. In that case we should have great positional size next year with the addition of those two!

If I recall correctly.

Honestly I envy this

Along those lines, does anyone know why Isiah hasnt dressed the last rwo games. Is he planning to redshirt as well ?

I envy them for not knowing what iirc means haha.

Ha! I read the fire Sanchez posts and I’m still torn about it. I can say that I’ve seen some absolutely ugly basketball the little bit that I have seen.

It’s absolutely ugly…but the sad part is that this team has talent. These kids can play. As evidenced over the last 2 games (albeit against awful teams)…there is plenty of talent on this team that they could and maybe should be leading the Conference.

Not sure what Ron is doing or not doing but whether it’s scheme, focus, motivation, game planning, managing egos, scouting or preparation related …whatever it is…but this team has all the ingredients to be winning this league. Shooting, ball handling, playmaking, athleticism, length, depth, upper classmen…all the boxes are checked.

But watching them play most of the time feels like what Roy McAvoy would say is “an unfolded lawn chair.”

Please let’s not turn this into another “fire Ron” thread takeover. The same posters have already taken over almost every other thread with the same mantra. They are more efficient than Russia.

I actually do think one there’s one ingredient we’re missing in the roster…and that’s a real genuine floor leader. Not someone that just has a team captain title or a coach on the floor position like PG or whoever is the leading scorer, or someone that is simply an upper classman. We are missing that vocal and demonstrative alpha dog leader that could bring everything together and focused on the court.

Maybe I have missed it recently since I stopped watching a while back…but I haven’t seen any one specific player that always steps up to hurry the guys together and call a huddle after a foul or dead ball…or screams at a player for missing an assignment then pats him on the butt…or loudly challenges the players on the court to play harder or get their heads right…or demands the ball in the middle of a scoring drought…or can be seen trying to rally the players on defense…or pointing/barking out assignments or directions on the floor. Usually, the good teams have someone that stands out as this guy. Not sure we have that.

Whether it was Colson or Demarco or Eddie or Pierria or Diego or Demon…we need that vocal and forceful leader on the floor.

We’re missing a strong Alpha lead dog IMO from this being a complete roster top to bottom.

On this team its Austin Butler. Part of the challenge is we have been bringing that “guy” in rather than have it be a guy the grew up in the program. Drew Edwards, I think Matos was supposed to be that guy and now Austin.

I know that Brice Williams got a redshirt bc of injury…why did Daylen Berry redshirt?

Because we brought in a bunch of short termers ahead of him - Trapp, Butler, Jallow, etc. Crowded backcourt.

I have been told that verbal commit Nik Graves is a proper floor general. He just needs to keep working on his jump shot. Nik Graves, Greensboro Day School, Point Guard

Just a reminder that Graves is a signee: 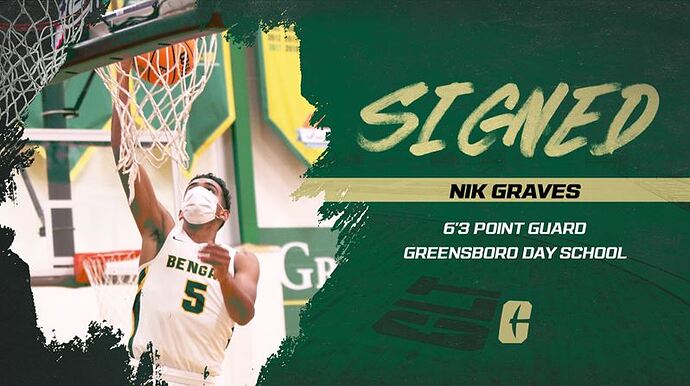 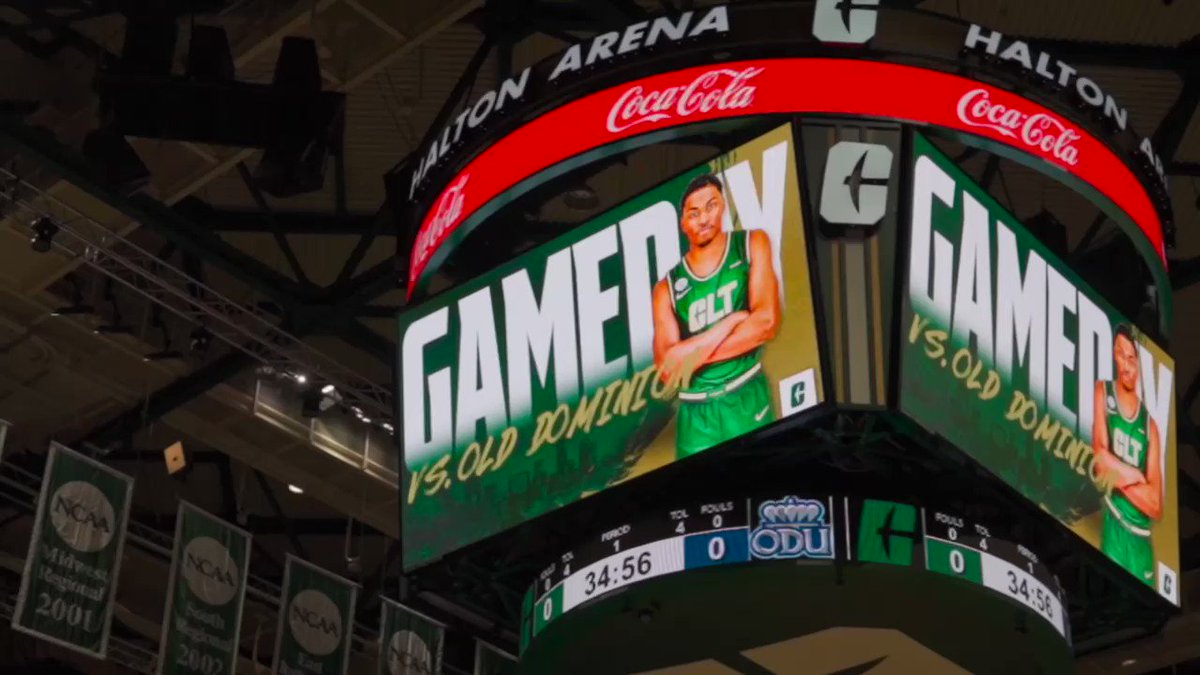 @_NinerStats
Guard @austinbutler44 has been a huge addition to @CharlotteMBB this season. He’s 2nd on the team in scoring. In fact, this season the team is 10-5 in games when he scores in double figures; 3-4 when he doesn’t. #NinerStats https://t.co/OELke6lMjA

Since we were talking about him…