@FIUHoops Gets Ready for First C-USA Homestand, Beginning Thursday Against...

MIAMI – FIU begins its first Conference USA home weekend of the season on Thursday, Jan. 10, when it welcomes Charlotte to the Ocean Bank Convocation Center. Game time is slated for 7 p.m. and can be seen live on CUSA TV with A.J. Ricketts calling... 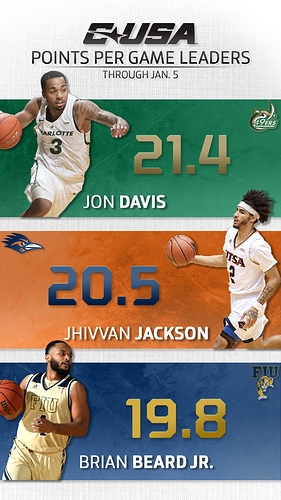 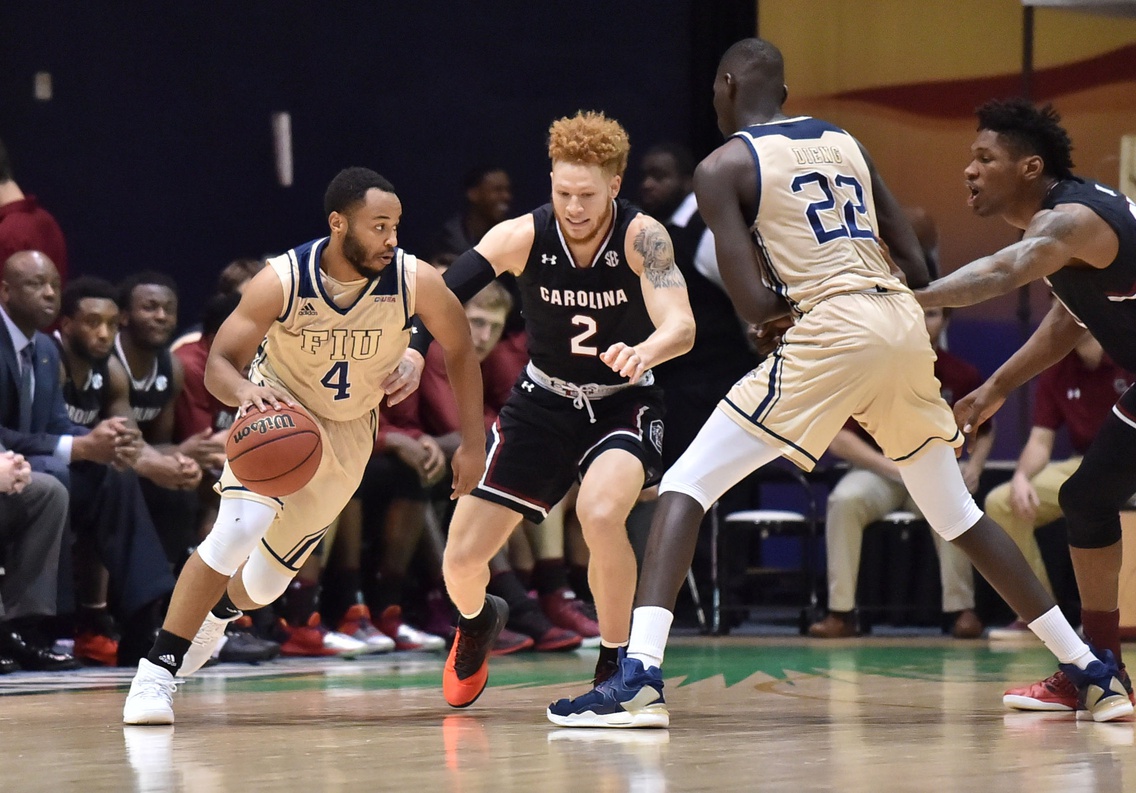 The Charlotte 49ers and Florida International Golden Panthers have played over the total in four of their last five games. Will the trend continue when they meet on Thursday? Continue reading to find out.

Sports Chat Place hasn’t gotten the memo that Mark Price is no longer our coach!

Gotta feel like we win this game with Martin 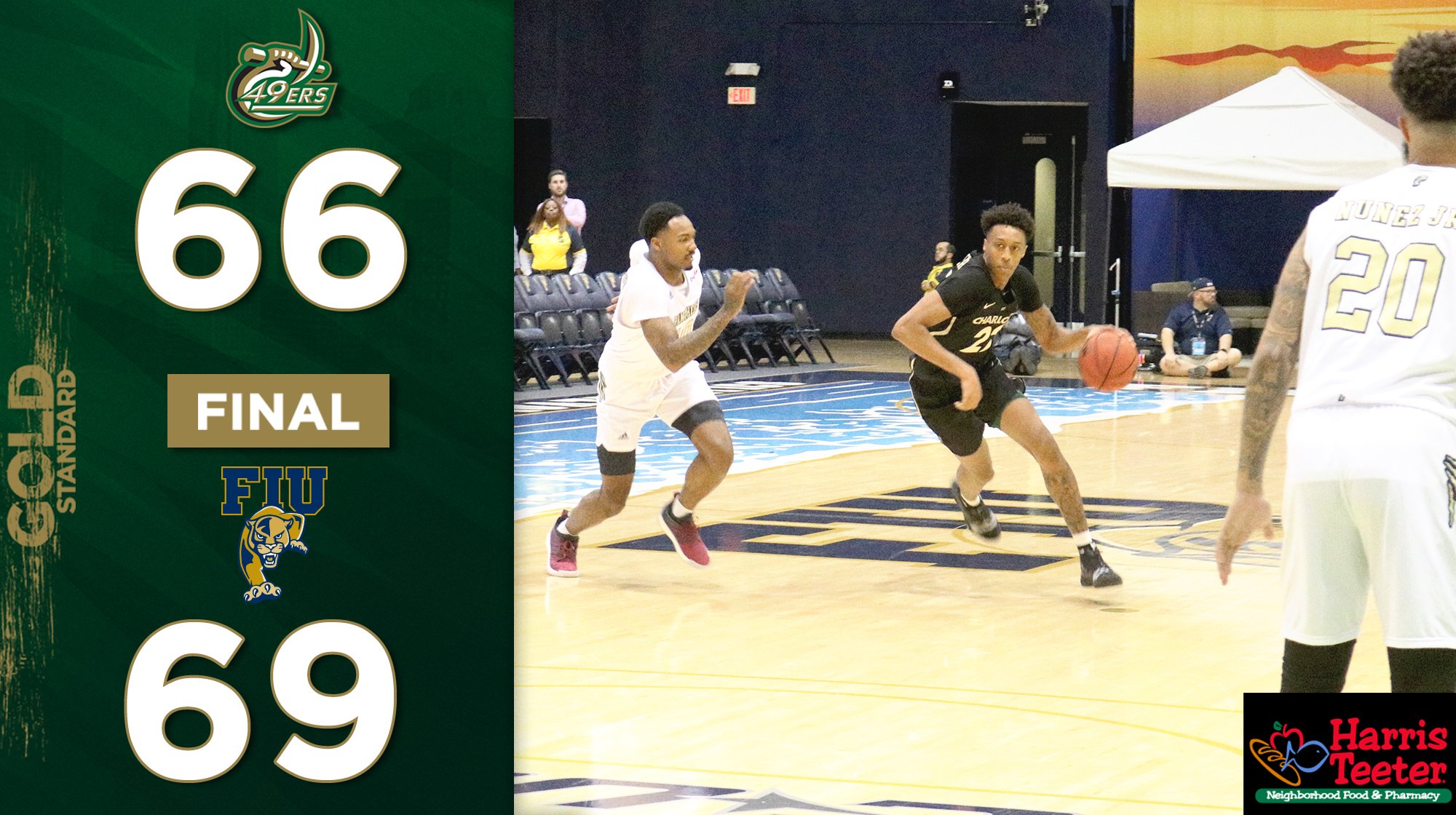 The attendance in Miami: 724

Probably won’t be many more in attendance at FAU on Saturday.

How the hell does a D1 MBB team have 23 TOs in front of 724 opposing fans? We should have won this game. Glad we didn’t quit, but come on man. Our fans are DYING to win again, and when we do, Halton will be freaking packed and blowing the roof off the place. 724? What a joke. How the hell does a school like that recruit ANYONE to play there? The beach and bikini babes? Come on man!!!

We are now so bad that I no longer want to know. Wake me when we are winning again, then we can all enjoy mocking other teams attendence or hillbilly zip codes

Personally I am proud of this team and how they give it their all every time they play. The coaching is there, we just need players. You can’t compete with the top teams in the conference with half as many players

Appy State basketball would be jealous of those numbers

No disrespect to Price or last years coaching staff but we would be losing these games by 30 if they were coaching this team. This team so far just doesn’t give up. I do worry that losing games like the last 2 will eventually cause them to lose the motivation to keep fighting. Hopefully we can get Martin back and he can put us over the top in these situations but they have got to cut down on the turnovers and shot clock violations.

I think freshman are less likely to give up during a season when losing since they see it has playing for future PT.

If we lose, Im not proud of the players for effort. This is college. Wins only matter. Just my opinion.

Wins > anything else, absolutely. You can still applaud the effort, many teams/players give up by this point. Our guys aren’t, that’s a testament so far to Sanchez.

I don’t get the sense that JD is chasing points, at times he’s forced into bad shots but I don’t see him padding stats out there.

When we started the season I knew that we would lose a lot of games. My focus has been on watching the growth of the players. This team is playing better, but it is a struggle. Coach has done a great job with a bunch of guys that he didn’t recruit. I just hope that we don’t have a wave of transfers again and we are stuck with mostly freshmen and a couple of sophomores. The guys that have been here in the past have been good players if we could have hung on to them. To me that will be Sanchez’s challenge.

yeah but one is an indication that the team has quit and is okay with embarrassing itself, the other shows that the team believes in the coach. the latter will pay off next season when we have some help

I realize that this is a young group other than JD but all of the shot clock violation’s are inexcusable. I can live with making freshman mistakes but most high schools and AAU teams are playing with shot clocks now there is no reason we can’t get a shot off. I’m fine with working the ball around to kill some clock but any open shot under 14 seconds left should be taken. We also have to take better care of the ball JD included. Again I know this is a young team but I think we can hang with most conference teams if will take care of the ball and continue to play defense and I can live with that.

We have had recent teams that did quit. Not quitting is a big deal and tells us about the character of some of the new players specifically.

Yes a loss is a loss, but for a program that is literally at the bottom, every bit of growth and foundation building matters.

I agree though the shot clock violations drive me crazy.