Got a piece of Niner memorabilia?

This is a piece of the original floor from Halton, printed with the A-10 design from when we replaced it. We were in CUSA 1.0 when we opened Halton. 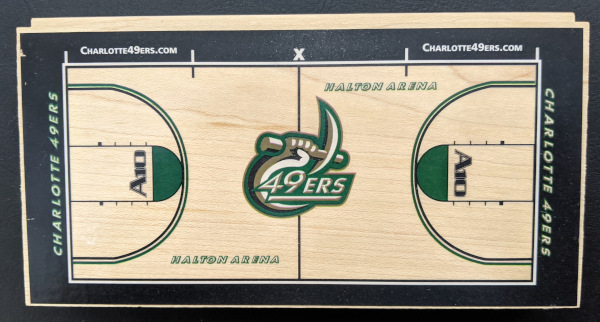 Yes I have that. Anyone else have one of these? Bet not. 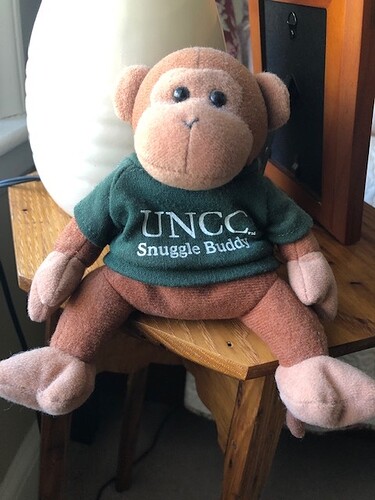 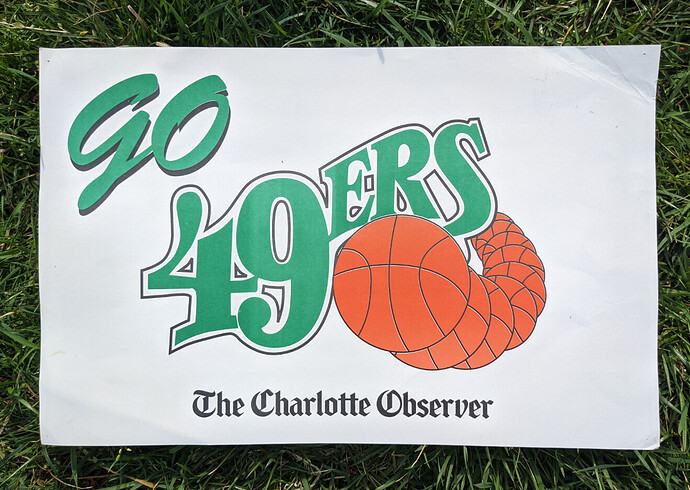 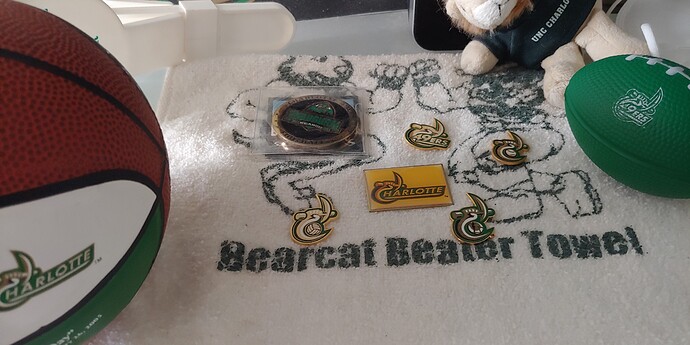 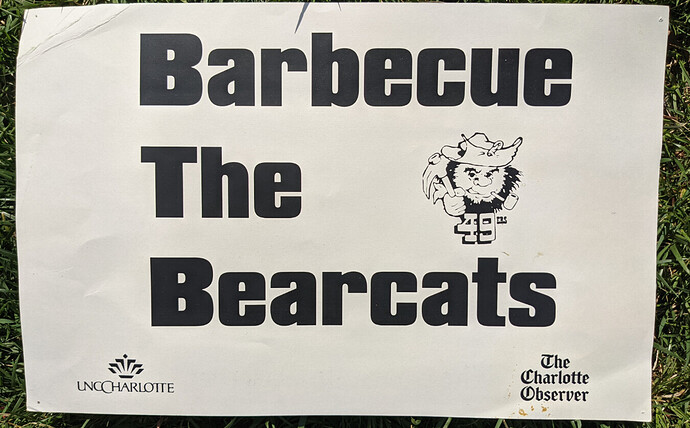 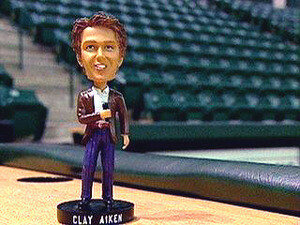 And I bet Clay has a clt bobblehead 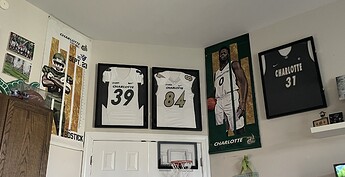 This is just a small pin, but it brings back HUGE memories. 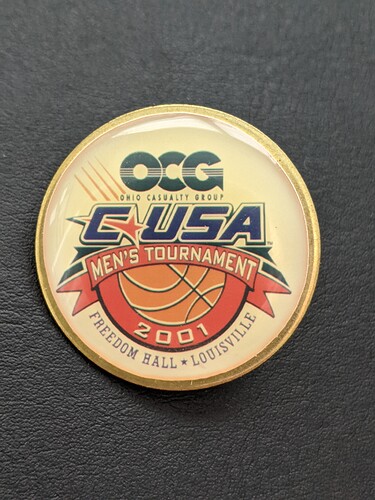 We started the 2000-2001 season in Raleigh, winning NC State’s CoSIDA Classic tournament, and beating them 95-78 in the finals. Thanks for the trophy!

Then we beat the Miami Hurricanes, South Carolina and Davidson as we moved through the OOC schedule. In conference we finished #2 at 10-6, with wins against Cincinnati, Louisville, Memphis and others, as we got ready for the CUSA tournament. That year, the CUSA tournament was in the original Freedom Hall, one of the storied arenas in the nation, and we won three in three days against USF, Southern Miss and then Cincy in the finals. I believe this was the year they started calling it the “Bobby Lutz Invitational”.

That led us to a 9 seed in the NCAAs, facing 8 seed Tennessee. UT had been ranked as high as #4 that year, but struggled coming down the stretch. We beat them 70-63, and then got to play the 1 seed, Illinois. The Illini were coached by Bill Self in his first year there. Sadly, we were overmatched and lost 61-79.

That season we had Rodney White (ESPN Freshman of the year, and #9 pick in the NBA draft), Cam Stephens (who taught us that 6’8" is plenty big enough for center if you are tough), Demon Brown (there was not a tougher man alive), Diego Guevara (and it is another 3!), Jobey Thomas (damn we had some firepower that year!), Butter Johnson (he was what Caleb Stone-Carawell wants to be), and a host of supporting players including the mysterious Malik El-Tamir (clt’s true identity?).

It was a great season, and as a fan I went to the tournament in Raleigh, the away Davidson game, was going to Indiana but the flight was cancelled due to snow, and the CUSA tournament in Louisville. Going to away games is terrific when you are winning! This is what Niner Basketball used to be like.

I am amazed that NA, errr VP, has kept the Charlotte Observer paper signs over the years. They would not have survived the moves I have made.

Way back–you can tell by the Norm–I went by the 49er Club office to drop off my meager donation. There was no online giving portal back then. Coach Jeff Mullins was turning around our sad program and we had gone to the NCAAs! I handed over my check, but as we talked about the upcoming season my enthusiasm grew and grew, and I wrote a second check to get to the GJ level. I don’t know what I was thinking because I really couldn’t afford it, but it did open so many doors to the program, and many good years. 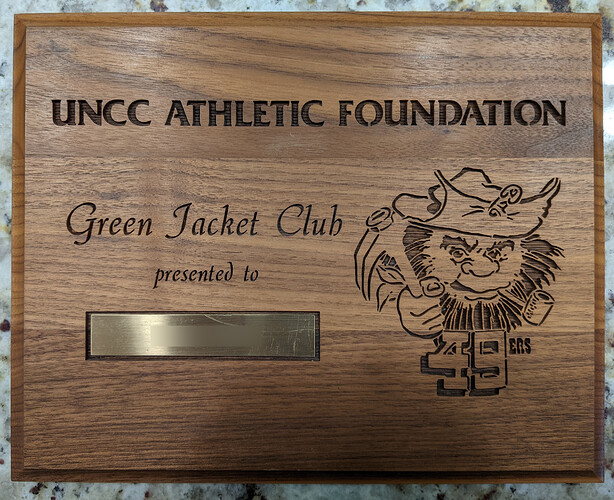 That is awesome! Thank you for you dedication to the program!

I think the lesson here is DO NOT let them make a bobblehead of you. 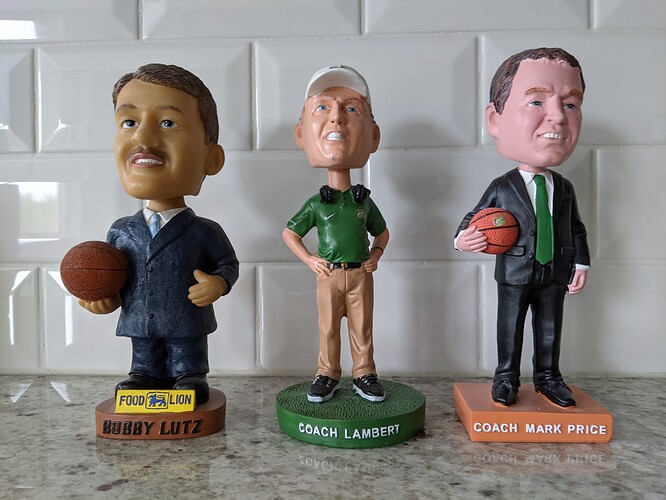 Somehow they made Bobby shorter than he actually is!

Appears if you’re a coach here the key is to get a grocery store chain to sponsor you.

The Food Lion sponsorship, and others like it, were done by Signature Sports. We moved that relationship to Learfield/IMG. I am not sure what kind of giveaways we have had since the change.

This season will be the 25th anniversary of the opening of Halton Arena. I wonder if we will celebrate it? 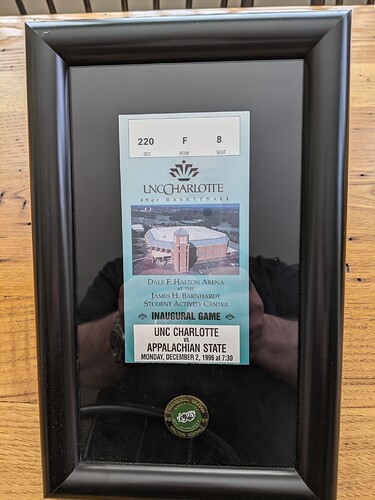