For anyone interested here is a list of the guys currently in the minors. While not as glamorous as the NFL guys like Ogunjobi and Nate Davis I do like to check on their progress every so often. I will try to update every so often. Let me know if there are any others I have missed.

Reece Hampton - started off in full season A ball with the Tigers and has been promoted to Advanced A team in Lakeland. Hitting a combined .262 to this point on the season.

Zach Jarrett - Has bounced back and forth between A and AA with the Orioles. Has hit fairly well (over .300) in A but struggled a bit at AA Bowie hitting just under .200.

Colton Laws - Listed on the Lansing Lugnuts roster the Class A affiliate for the Blue Jays. Is listed on the 7 day injured list but hasn’t pitched all season.

Josh Maciejewski - Assuming he started out in extended Spring Training or was injured to start the season. Currently pitching in short season with the Yankees with some starts for the Class A team. Sub 2.00 ERA in 7 appearances (6 starts) but gave up 5 runs in his last outing over the weekend.

Brett Netzer - Has played all season for AA Portland with the Red Sox. Consistently hitting in the .240-.275 range.

T.J. Nichting - Has played all season for AA Bowie with Orioles. Like Netzer he’s hovered around .260 but has shown a little more power than Netzer to this point.

Harris Yett - Drafted after this past season at Charlotte is hitting .350 with the Gulf Coast League Orioles. Has shown some power to this point with a homer and 3 doubles through 13 games.

Ryan Butler - Originally left him out but he is still listed as active in the Padres organization. Would love to know the back story here as to why he is still active but hasn’t pitched since 2015.

On Butler, sometimes the big team will leave a guy like that around as a player/coach type. Perhaps grooming him for a role in the organization?

Butler got a 50 game drug suspension right before the 2016 season. He never came back and is out of baseball now. I think he was up to the #11 prospect in their organization.

Laws had shoulder surgery in November and has been rehabbing in the Blue Jays Facility in Dunedin this season. I thought he would have been pitching somewhere by now.

Josh was promoted to the Charleston Riverdogs (Low A) yesterday. They have road trips to Hickory and Asheville remaining on their schedule, but unfortunately not Kannapolis. 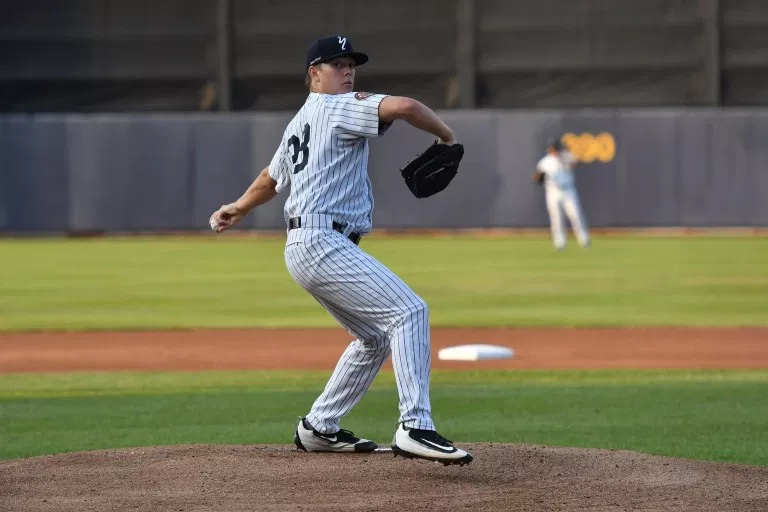 Brett and TJ will face off this weekend in Bowie. 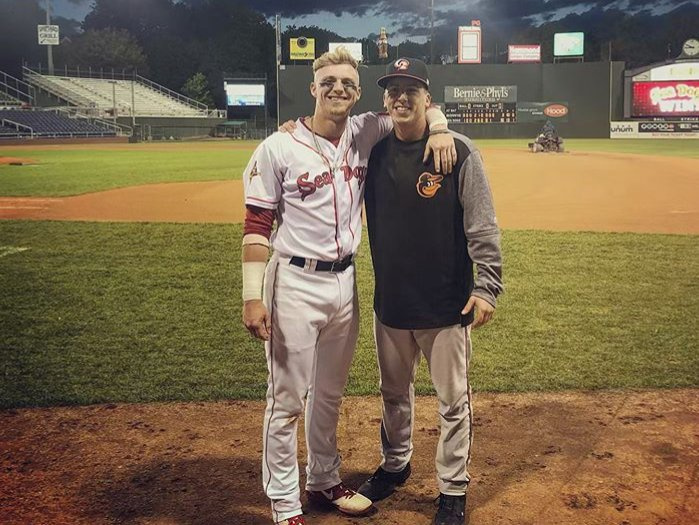 Netzer has been losing time at 2B lately to SS from FAU Chatham. He has been moving back and forth between 2B and DH. Hopefully Brett will get hot at the plate and finish the last month of the season strong. He homered earlier this week.

TJ has also been losing playing time lately due to an OF sent down from AAA, and the promotion of Cal’s son, Ryan Ripken, has been taking away DH opportunities.

Josh and the Riverdogs will be in Hickory this weekend. He isn’t listed as the starter for tonight’s game but is expected to pitch in the series.

Josh was scheduled to start today in Hickory but has been called up to Triple A and will be starting for Scranton tonight. Probably just a spot start for him, but a great opportunity. If he sticks around up there, he will be in town next week to face the Knights.

Looks like Josh had a successful outing tonight giving up only one run in six innings. Unfortunately he didn’t get a win but solid showing.

This reminds me of Moneyball. “Hey Josh, I know you were supposed to play for us tonight, but we sold you to somebody else, so get on a plane and go pitch for them.” So strange.

Yeah, I’m sure it was a crazy day for Josh. Was told Friday night after their game in Hickory that he was pitching for Scanton the next day. Got an Uber from Hickory to Charlotte at 7 AM, then a flight up to Scranton from Charlotte-Douglas. Met his new team sometime that afternoon, then Pitched at 7:00 pm.

MOOSIC — When his Charleston coaches called him into their office after Friday night’s game in Hickory, North Carolina, Josh Maciejewski assumed what was logical. The 23-year-old expected he would be making the jump from the Low-A Riverdogs to High-A...

Impressive start for Josh. It was probably just a spot start but he made the most of it. He’s still on Scranton’s roster, but I assume there will be some roster shifts with the Yankees coming after their double header today.

Josh was on his way to High A Tampa, but they needed him in Triple A Scranton again. He will be pitching in relief tonight in Charlotte against the Knights. They need all the help they can get. Knights have scored 28 runs in the 1st 2 games of the series. Probably the reason they are keeping him in AAA for another appearance.

Josh pitched 3 innings of relief last night against the Knights. Gave up 3 ER on 4 hits, and got 3 Ks. Nice group of 49er fans at the game last night.

Also, Zach Jarrett has been called up to AA Bowie again.

EDIT: Here is video of Josh from last night: 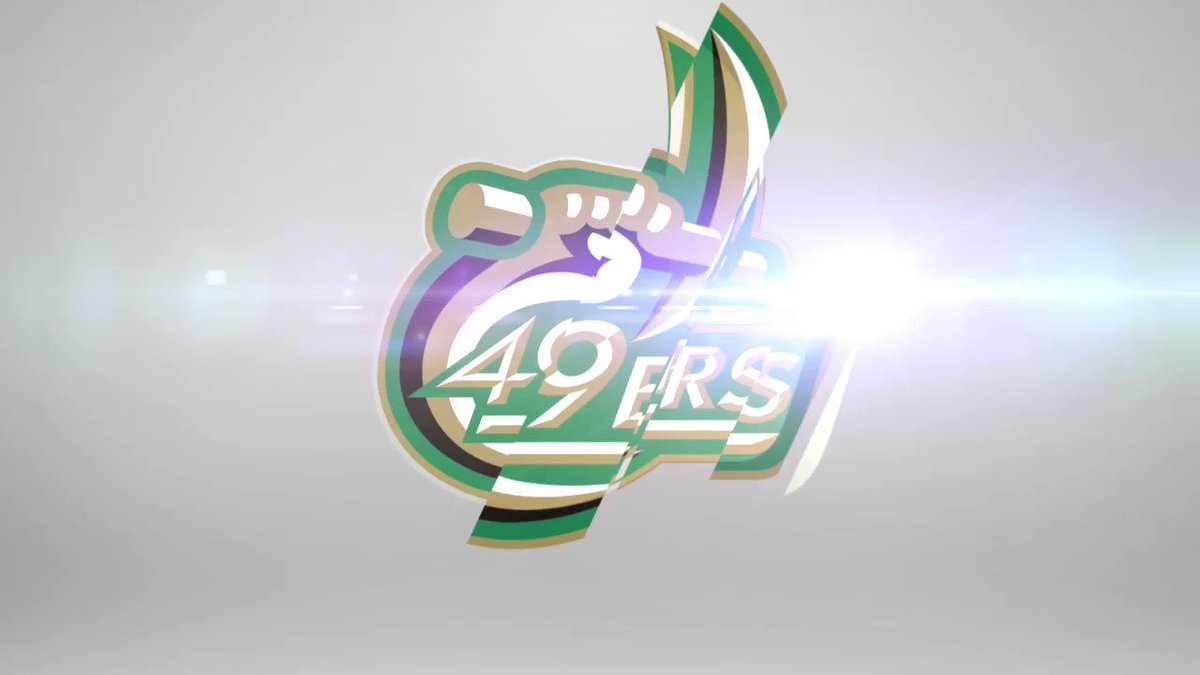 Last night was a blast in Uptown Charlotte watching one of our #ProNiners in action! Thanks to everyone who came out and @KnightsBaseball for giving us the access! We've got a hunch a few more will be rolling through Charlotte soon! #GoldStandard https://t.co/K8IFP5bNuY
2 Likes
Agent49 August 16, 2019, 3:04pm #14

Also, Zach Jarrett has been called up to AA Bowie again.

Hoping this stint is longer for him.

After turning in eight shutout frames on Wednesday, left-hander Josh Maciejewski was recognized as the South Atlantic League's Pitcher of the Week.

Josh was also promoted to High A Tampa.

Zach was placed on temporary inactive list yesterday after the Baysox activated Yusniel Diaz from IR.

Harris Yett was in Aberdeen after the Hurricane ended the GCL Season. He has now been assigned to Delmarva for their playoff run. They play in Hickory tonight in the 1st game of the playoffs. Head on up and support if you are up that way.

Josh went back to Triple A and will be on their playoff roster. They play in Durham the next few days. Not sure if/when he is scheduled to pitch.

TJ and Bowie are also in the playoffs.

Everyone else is finished for the season as far as I can tell.

Thanks for the updates Bo.

TJ Nichting was chosen by the Orioles to go play in the Arizona Fall League this fall. This is a league that most MLB teams send their top prospects for a little more development after their minor league season ends. Great opportunity for TJ.

He’s playing for the Surprise Saguaros. Made his debut on Saturday.

The Red Sox have sent Brett Netzer to the Arizona Fall League. Looks like he is working at 3B and in the OF. Hopefully the versatility will help him climb the ladder in the organization.

I don’t think we’ve ever had 2 Niners in the AFL at the same time. If the proposal, or some version of it, is adopted, it will lead to the most dramatic restructuring of the minor leagues in more than half a century.