First, let me apologize for the random and tangential connections, but that is how my pandemic brain is working these days. So we watched Prop Culture on Disney+ tonight, and one of the episodes was about the Muppet Movie. 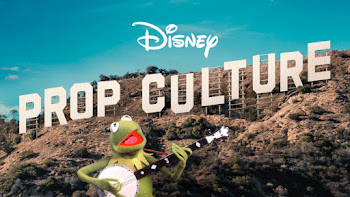 This reminded me of a story that our first modern Norm mascot costume was made by someone connected to Jim Henson and the Muppets, which seemed pretty big time. I did a little Googling and I think I know the connection. Bonnie Erikson went from costume maker for Henson, to Head of the Muppet Workshop. She and her husband owned Acme Mascots, Inc, and designed and built mascot costumes primarily for pro teams. I believe she may have been the creator of our 80s Norm. They famously–or is it phamously?–did the Philly Phanatic, and our own Hugo the Hornet.

Has anyone heard this before? Can anyone confirm it? Maybe @TheReal49er knows the history here. If we can get the story we should update Norm’s wiki page.

Came across this picture today. I remember it was on one of our student directories or something like that in the late 90s. Always thought it was odd. Maybe the Muppets connection helps explain its existence. 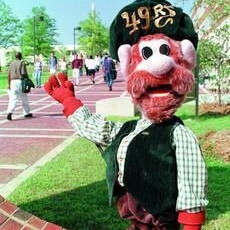 Bit off-topic, but other Norm incarnations: 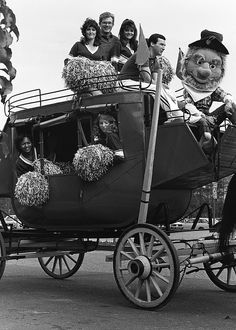 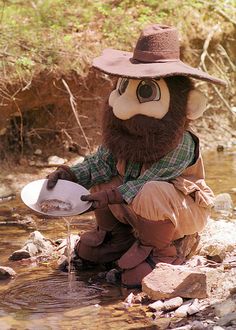 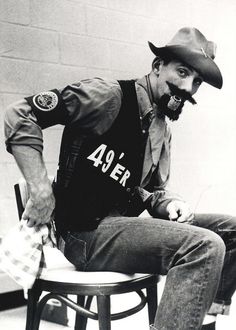 I have never heard of “Normie”. When did this change?

From the USC game notes… 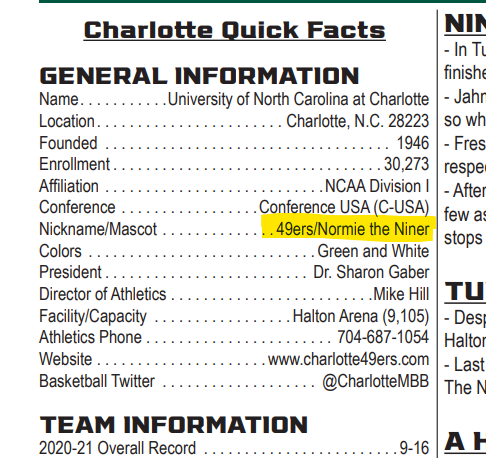 I think someone is just messing with us. A little proofreading would be nice.

I was surprised when I saw it too. I think we need to find out who is behind it

Normie left via the transport portal. He now resides in a parallel universe

Nope. He’s still representing us at today’s game (per the game notes).

Maybe that portal is the gateway to T25 victories with a packed house.

Has no one reached out to the AD about this?

Has anyone heard any rumblings regarding the elimination of our official mascot, Norm the Niner? Has political correctness gone too far!?

No. Why’d you bring this up?

I’d guess he’s referencing UCLB dropping their 49ers’ name because actual 1849ers were apparently not as friendly as they could have been to some of California’s native communities.

No, that’s not why I asked.

I know all that. Why is this being brought up ?

Okay, why did you ask?

Before your post, NO. NONE. I haven’t heard a single thing about this, and I hope your post is the end of it.

Norm is one of the things the AD did right. They let the community name him, and he is a good mascot.

The Niner Times had a front page story about this a few months ago and it was largely ignored. Seems pretty silly.