Very interesting read over at sbnation regarding the financial situation with UCONN’s football team.

" The university’s 2018 report to the NCAA on its financial situation is full of bad news. The athletic department brought in $40.4 million in revenue, but incurred a whopping $80.9 million in expenses. It needed more than $30 million in “additional institutional support” and more than $8.5 million in student fees. That’s all per the Hartford Courant."

The writer suggest UCONN move down to FCS for football. Wonder if that would open a door to that league… 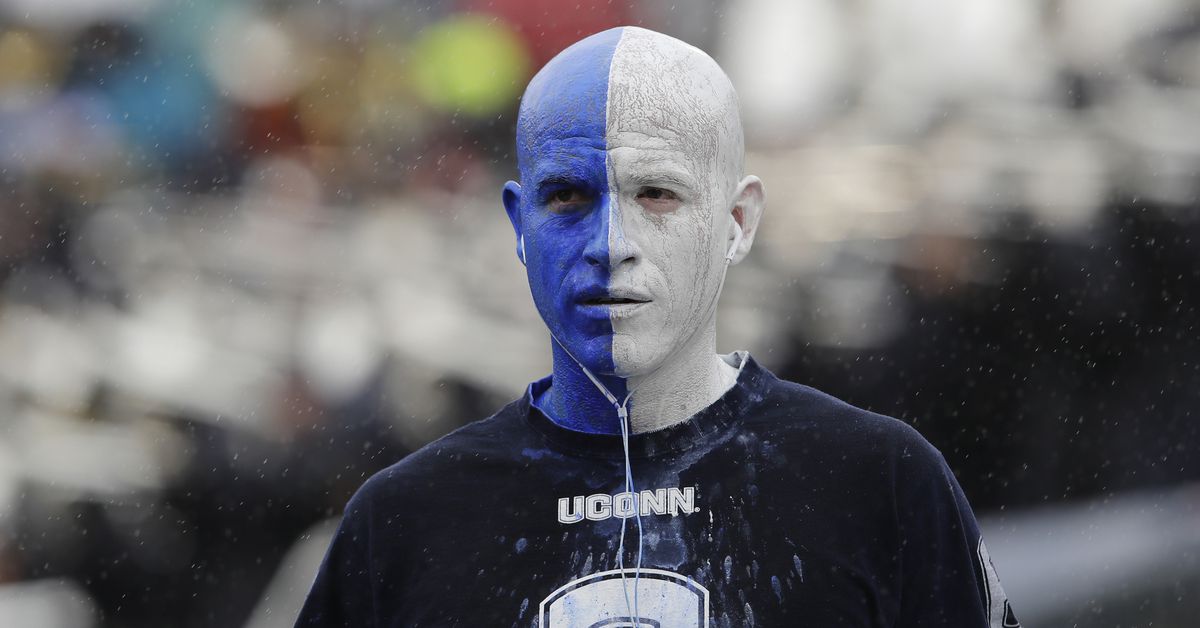 Why UConn should probably drop to FCS

The Huskies’ situation in the AAC is as bad financially as it is on the field. Dropping a level could help fix both. So, ECU and UCONN with $$$ issues. What about that P6 gravy train.

That’s what inept leadership gets you

It might precipitate a move by UConn to the Big East.

Also, i’m clearly aware that we’re reliant on student fees, but we never have to dip outside of our allocated resources to cover our ass. It’s also been pointed out in a recent BOT meeting that we’re already less reliant on said student fees. There were no numbers associated with that statement though.

I wonder if this was impacted by the $10MM given to the athletics department recently to cover their shortfall.

"Vidant Health’s proposed purchase of ECU Physicians fell through, 18 months after the largest health care system in eastern North Carolina and the university-owned practice had reached a preliminary agreement , the Greenville Daily Reflector reported. It’s a stunning turnaround after Vidant had agreed to pay $35 million initially and $14.5 million annually over the next 30 years in what was called Project Unify . Each group has more than 350 physicians with a combined staff of 1,200 in more than 100 sites.

The consolidation was supposed to shore up the finances of ECU’s Brody School of Medicine and give Vidant a better ability to adapt as health care shifts from a transaction-based approach to a more holistic, outcome-based program. But officials of Vidant and ECU were “unable to reach some of these contractual milestones,” Brody School Dean Mark Stacy said."

Too bad our revenue sports suck right now. We are pretty far down the list for an AAC invite.

I wouldn’t be so sure of that.

While this is currently true and we ultimately have to win, the biggest issue was corrected at the top w/Hill. Hope is a nice thing to have.

Yep leadership is fixed and now we just have to keep our heads down and start reeling off some wins.

clt is certain that hill is working his connections already

Also, i’m clearly aware that we’re reliant on student fees, but we never have to dip outside of our allocated resources to cover our ass. It’s also been pointed out in a recent BOT meeting that we’re already less reliant on said student fees. There were no numbers associated with that statement though.

Hopefully that will eventually lead to freezing or lowering the student fees. Winning helps solve that of course, but also doing better in raising money and getting people involved in the program helps.

UConn went 1-11 this season, but coach Randy Edsall received $56K in bonuses for...

UConn football coach Randy Edsall earned $56,000 in bonuses for the on-field performance of his team, which went 1-11 on the season.

Sucks for the University, but they are the one’s who offered the contract. Pay those guys the money they are owed. Fire them if you don’t like it.

UConn, while also facing similar issues to every member of FBS and especially G5, is a unique case in many respects.

They are paying for P5 level Football, Men’s Basketball, and Women’s Basketball on a G5 budget. They got used to those P5 checks and didn’t adjust when those quit rolling in.

They also have to factor in one of the most expensive costs of living in the nation.

If they leave the AAC for the Big East, Mike Hill will earn a lifetime contract if he could secure that opening for Charlotte. The league needs someone within the footprint who is known to the current schools. Charlotte fits those qualifications.

I don’t see how we secure that spot, assuming it becomes available, while we have a 15,000 seat football stadium.

I also see ECU being a big road block as well.

Since the two mid-Atlantic options are us and ODU, not sure which ECU would prefer. ODU is in their primary recruiting grounds but we are in a major recruiting area for them as well.

ECU has a vote, but I can’t believe they carry much weight in the AAC. They have not performed well since they joined the conference, and there are no other redeeming qualities for Greenville, NC. Like Boone, they are an outpost where people drive back on Saturday’s for football, but live and work in the Triangle.