What if Sanchez is figuring this out?

He may be? Some have to be in the fire awhile before it clicks.

His team doesn’t panic. He is making way more adjustments at the half than in the past. Like the passion we saw last night with the fiery timeout and clipboard smashing.

Time will tell. I hope he can make it. We have had too much turnover the last 7 years.

I hope he is and even though I still have doubts I am will root for his as long as he is here. I want badly to have our teams to be successful in all sports. As they say, GO NINERS!

Regardless of my feelings we need him to work out. Ideally make a run and get hired away. He’s absolutely loosened up on his controlling offense and is way more willing to let them run. We still make too many bone head plays out of timeouts and I don’t understand how the team routinely comes out flat. Overall just a difficult to understand team.

I’ll let the end of season rankings tell me if Sanchez did a good job or not in his 4th year.

As far as figuring it out, I hope so. I like winning. BUT we always make these teams that are 200+ look like top 100 teams when we play them. If Sanchez has this figured out, I’d like to be an actual top 100 team and beat a 200+ team and watch and have no doubt who the better team is out there. If we played ODU 10 times this year I think we would win 5-6 times. Saturday will say a lot.

The team not panicking is the single biggest positive I can see. That type of thing becomes invaluable in March.

That said, I still don’t know how we can reconcile the long scoring droughts with progress. I don’t care how unrattled your team personality is, you cannot afford to do that against even decent teams or you are going to risk getting buried. It’s happened to us a few times already this season.

Also, we still don’t give consistent effort for 40 minutes of every game. That is a problem a lot of teams have, but it’s also a dividing line between good and not good.

The only thing he figured out is that if he sucks terribly long enough people will lower their expectations to the point that beating terrible Old Dominion teams we let hang around all game in our own house is somehow figuring it out.

We are 204 in Pomeroy, give me a break. When we crack and stay in the top 100, then we can have a discussion about figuring it out. Until then, this is all just background noise. This is probably the worst CUSA has EVER been this year. There are a lot of terrible teams. The top 3 good teams are in a different stratosphere. I don’t expect us to beat N. Texas, LA Tech, and for some reason we don’t even play UAB. I don’t think anything is figured out, we’ve just had the good fortune of a terrible conference slate and our team looks better because of it. Our strength of schedule is rated 188. 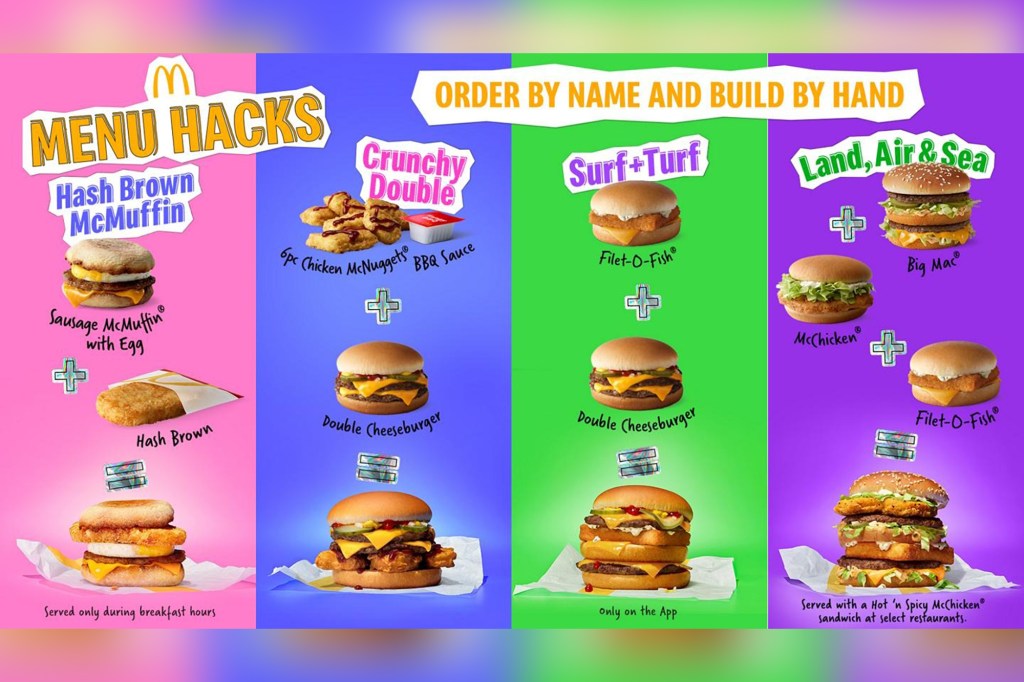 Not sure what to get at McDonald’s? Just combine a Big Mac, a McChicken and a Filet-o-Fish into a single, giant sandwich. The fast-food giant is rolling out “menu hacks” where cus…

Like central said I don’t think he has figured anything out, let’s see how he does against LT at home and Middle Tenn on the road, we can see where we are then. In fact I think most would agree a loss at ODU this weekend would be a bad loss, we have really lowered our expectations around here.

The ODU game was more about avoiding a bad loss than getting a good win. I’m hoping he has/does figure it out but still don’t think that’s the case.

I still cringe when I see consecutive offensive possessions one shot and done. The fact no one is under the basket during the shot and no one attempts to rebound offensively. I get the need to get back and play D but it is costly during those scoring droughts.

ODU has been a tough opponent for us since Bobby was here. Hell his last team got beat by ODU 81-48. This is only our 4th win against them since 2008. That is both a testament to where we are and that it’s a big win. If we want to get back to the top we have to make the climb. We aren’t going to snap our fingers and be at the top. The conference is bad, but we have been a HUGE part of the conference being bad, so beating the shitty teams is a step in the right direction.

With that said I am still pissed at the FAU loss and lack of defensive adjustments with Davidson game. I don’t understand how we come out flat routinely and as NA said we can’t have the scoring droughts against better teams. I just don’t understand this team. They can look so good and soooooooo bad.

Even more so when I am not convinced the hustle back to play D is really having any impact on the defensive set or imposing our will defensively.

I am not sure how much coaching can correct the missed open looks in the paint from last night. That is the key though to not panic when shots aren’t falling, because eventually they will fall (or that is the hope).

The key is when you do have a scoring drought to not let it affect defensive play. The difference I saw last night was, even though they didn’t score for ten minutes they still played solid defense on most possessions. For as bad as they shot the ball in the first half (33.3%) and ODU (48.3%) they were only down seven. The difference in the score was ODU didn’t miss anything inside and was 4-4 from three at the half.

Does this trend continue, I hope so because scoring droughts happen often to teams, the good ones don’t lose games during them. Although this team is remarkable consistent with the ten minute version of them.

We didn’t score for almost 10 minutes at one point last night and we were massively out rebounded again.

We won but still showed the same weaknesses we have shown for four years. Ron isn’t figuring anything out. We just play teams that are every bit as bad as we are.

Call me jaded at this point, but My green tinted goggles have faded over time. That we beat Rice and ODU and have a thread like this is a testament to the hope some of us still have. I want to hope we are getting there, but I need to see a larger trend.

Serious question: will this team get burnt on defense if we go after a few offensive rebounds?

I know we have some slower guys on the court at times, but man, it is frustrating to watch us not even try.

Seems like I’ve heard that’s part of his analytics, you give up more on the break than you pick up on the boards. ODU must have different software though if that’s the case haha

I don’t think so. Khalifa isn’t gonna be down very fast but neither is their big man we need the forwards or the folks on the baseline/paint to at least make an attempt and let the top of the floor guys hustle back - you know like just about every other team does.

If you’re defense is actually good, this may be the case. Ours isn’t. Ron keeps trying to force a square peg into a round hole.