Final home game in round 2 vs the C-USA East regular season champs plus a contest that could determine conference FOY. MT’s Nick McDevitt most likely has wrapped up COY. 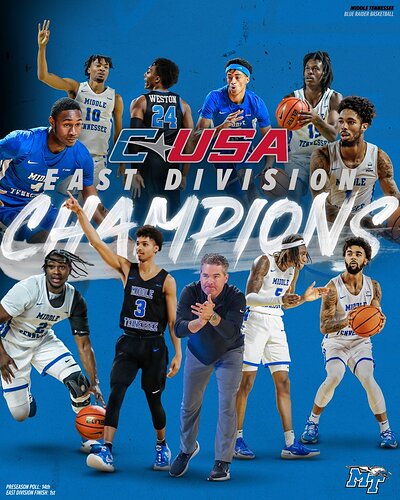 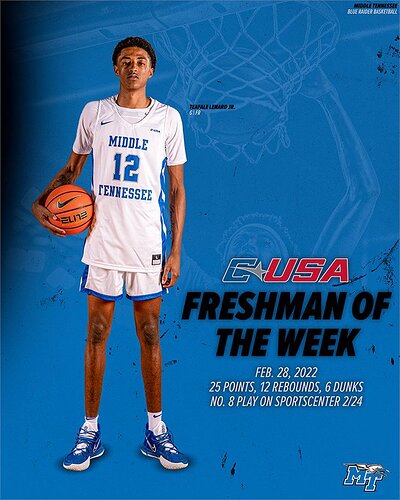 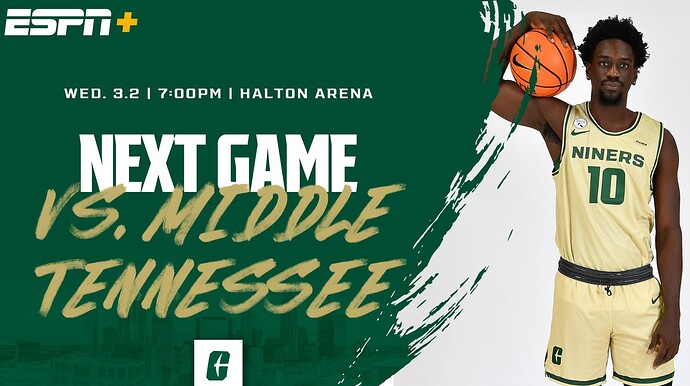 Bringing back some old memories with this.

Not sure how this will go, but if you want to play

This Form is private

The last total point question, point goes to the person closest to total points be it over or under.

Those that completed it in my test forum post, no need to do it again. Get a summary of the Middle Tennessee Blue Raiders vs. Charlotte 49ers basketball game. 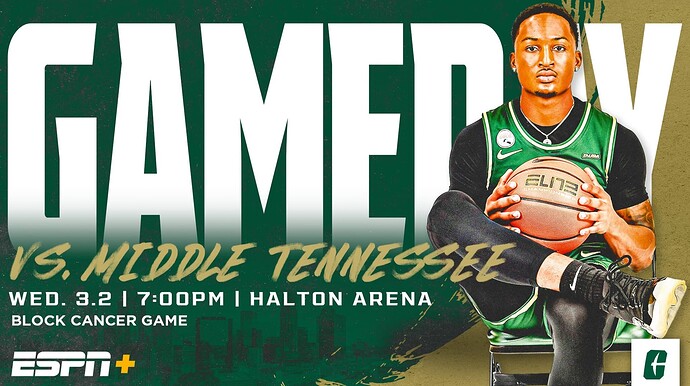 I know the shirts are to block cancer, but bad color given Middle Tennessee is about the same. My son just asked which blue are we? Lol

@CharlotteMBB
leading at the break. 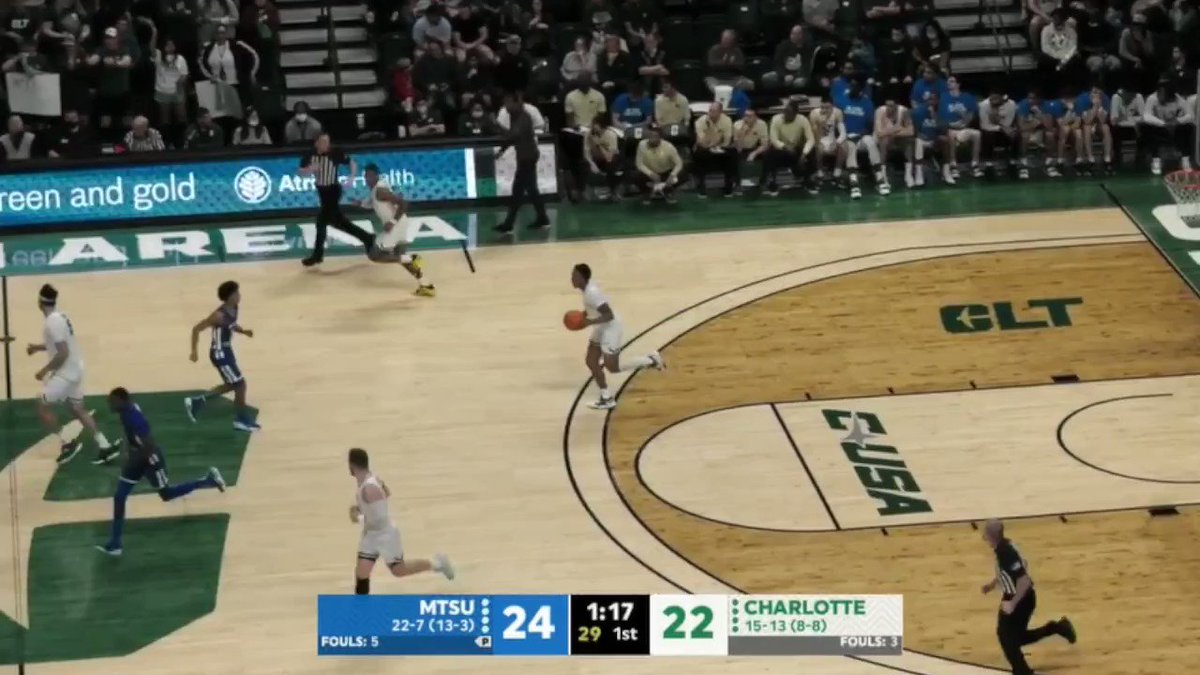 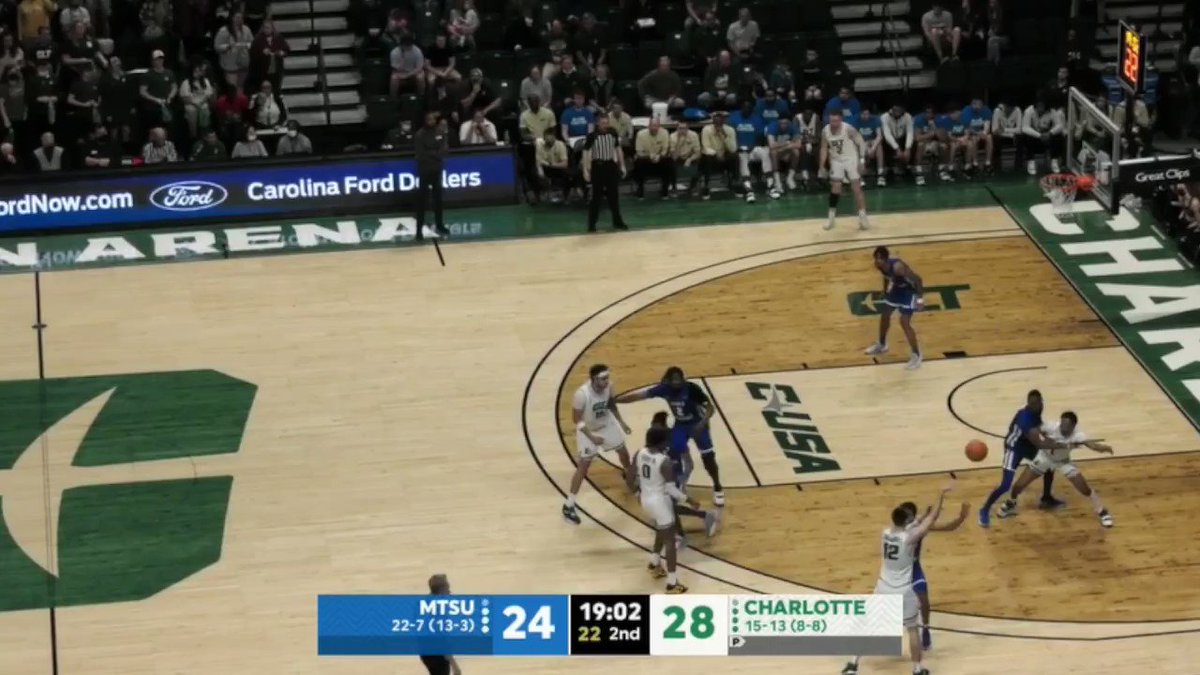 Threadgill’s inability to hit a wide open three makes me crazy.
Amazing. We’re up by two and have only hit two threes. Shooting 13% from three. 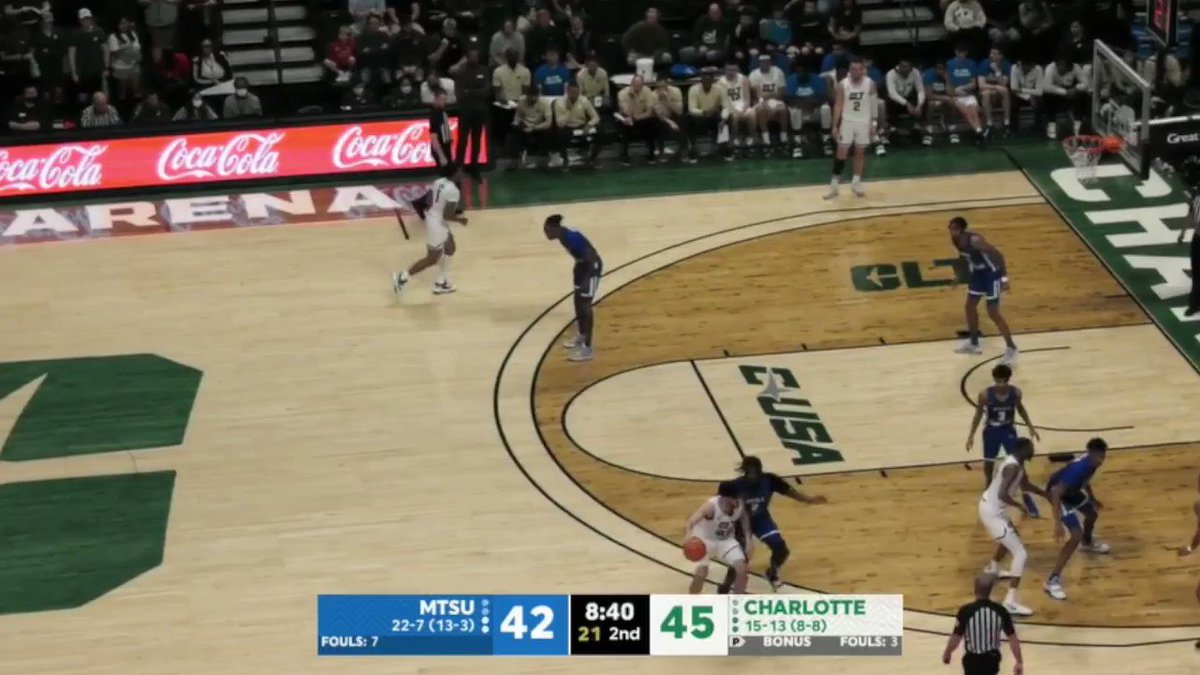 Ive never seen us crash the offensive boards like we have tonight and it seems to be really working. Ive defended coach before on the philosophy of getting back on D, but this approach at least in this game, seems to be more effective.

Khalifa getting major minutes is critical to this teams success.

That was so refreshing to see. Has me questioning why we haven’t done this more often? How many more games might we have won?

However else this season has gone, that was maybe our best game of the season effort wise. We beat the top team in our division despite shooting only 3-20 (!!!) from 3pt…

Agreed, I’m not pro or anti Ron, but I love that he is willing to make adjustments.

This game made me feel good!

Really solid game from the Niners tonight. We played with a high level of intensity tonight. Ball didn’t drop well but shots were clean. If we played like this a bit more consistently we would have another 3-5 wins. This is what this team could be every night.

Also the crowd, while small, was really loud. Students were jacked up. Good job guys!

Fully agree. This game seems to be what we’re trying to do. I wish we could do it more often. I believe you’re right that we’d have 3-5 more wins and we would all be a bit happier around here. Glad for the win. Took my son and he was like “there is no way we are going to win tonight”. I agreed with him.

We need to be more consistent. This team has the talent to produce at the CUSA level.