Healy was on WFNZ yesterday with Kyle Baily talking about the Spring.

First day of spring practice & Pro Day will both be held on Thursday, April 1st.

“Excited about getting going with spring practice. Charlotte football coach Will Healy on their upcoming 15 spring practices, which begin on April 1 (no jokes here).”

“Excited about getting going with spring practice.” Charlotte football coach Will Healy on their upcoming 15 spring practices, which begin on April 1 (no jokes here).

Healy says he is preaching “patience with a sense of urgency.”

“My job as a head coach is to educate the guys on the vaccine, not to mandate that they take the vaccine.” -Healy says they’ve scheduled Zoom calls with doctors to help bust some myths around the vaccine.

Healy says he has been concerned about the mental health aspect of the COVID-19: the fear of getting it, the frustration of being quarantined and contact traced and having games cancelled.

Healy says Cam Dollar has a foot injury he is recovering from late last season.

“Chris has looked like a machine.” Healy on QB Chris Reynolds. He says they have seven QBs on the roster now. Says they are pushing Reynolds.

Healy says they have six RBs who are going to compete to see who is going to take the first snap. Says they have great depth, but one of them may separate themselves and step up. Says they had one RB who took 65 snaps. That won’t be an issue this year.

“If we are going to burn a red shirt, I want to make sure they are getting meaningful snaps.” -Healy

“We are still in the transfer market in a couple different positions.” -Healy says they’re in recruiting battles every day

“You are recruiting the transfer portal much like you are a high school senior.” -Healy

Healy is hoping they’ll be able to have official visits by June.

Healy says he decided they wouldn’t live and die by the transfer portal.

Healy says they would be scrimmaging on Saturdays, with the hope for a spring game announcement toward the end.

Healy on @Mr_Ogunjobi’s visit, “Larry will fight you if you act like playing football at @CharlotteFTBL is not the big time.”

Healy says they have three processes to go through before they can circle their season opener: “speed, weight and strength.” 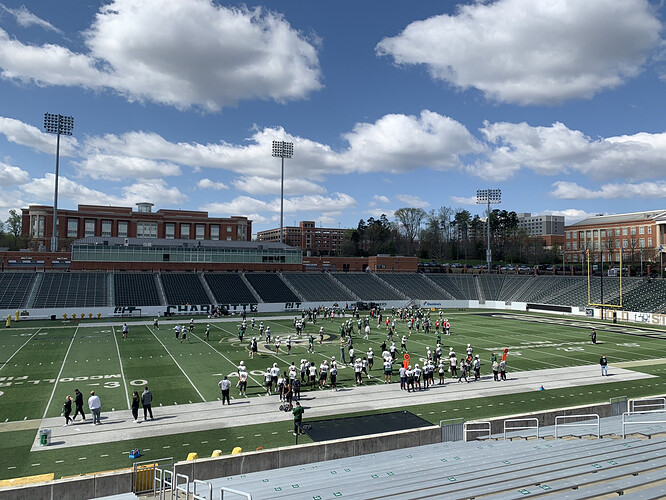 Five reasons this is the most important spring in Charlotte 49ers football... 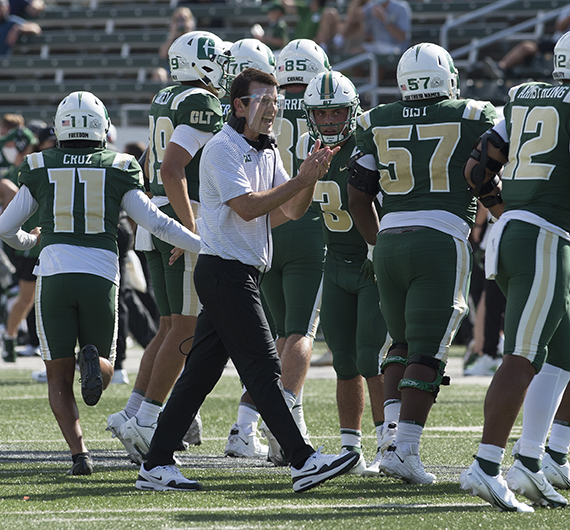 Looks like maybe we will be able to attend practice, I might get up there for the first scrimmage.

If a fan attends practice, they must sit in the stands following all socially distanced protocols and a mask must be worn throughout.

The 49ers weren’t able to do a whole lot last year in just six games, and it’s going to be a struggle without a whole lot of easy Conference USA games. They’ll be lucky to be favored in any FBS game until the regular season finale at Old Dominion.

This team has a plethora of new faces all with something to prove. Quality depth is essential, but this staff is looking for dedication to the process without emotional attachment to the results.

What does that mean?

The QB battle will be fun to watch.

I maybe late to the party, but how are they going to increase season ticket prices for FSLs this year? When the last time we could be at 100% capacity, we were giving tickets away?

I doubt it will be by much, and with the loses incurred last year, I am fine with it. Just my opinion though, everyone can spend as they wish.

I personally wouldn’t do that either, FSL owners have already donated a year without attending games. I would rather use the carrot than the stick if we’re tying to get more revenue.

Don’t all G5 schools charge more for a game ticket when a P5 school comes to play? If that is the increase then I am okay with it. I want to see teams I care about playing come to The Rich. The Rice game should be half price.

I know the new field had been budgeted for this off season, any ideas when we might see that take place?

I could see them pushing the turf replacement out another year. Last year had to be a budget killer. Just my own opinion. No inside info.

Definitely a pricey item, but I’m fairly certain I saw it was approved in a BoG meeting recently. Just wondering if anyone knows what’s up there.

Based the practice videos it looks like the wrap on the walls were updated, but the field looks the same. 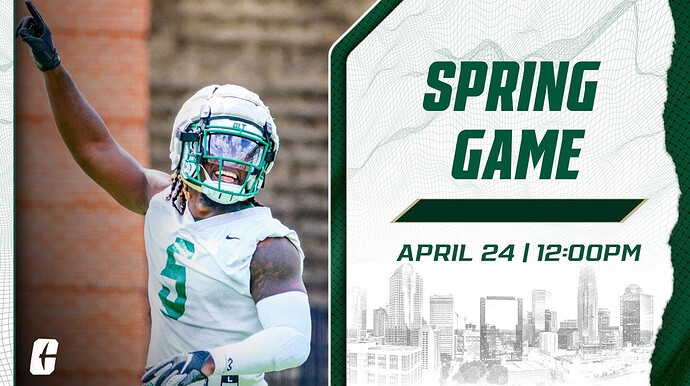