Fake news. After we beat FAU, we will be higher

FAU will be the telling game for our entire season. 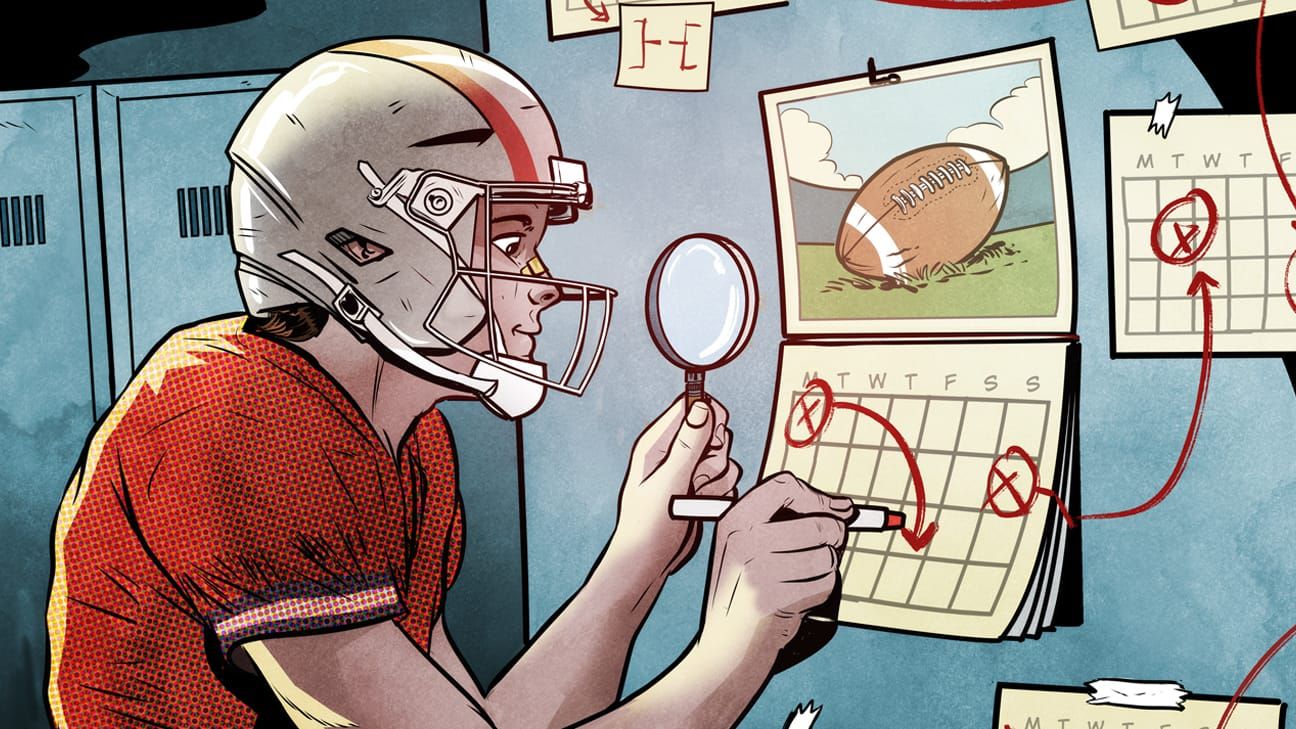 Our college football experts spent the offseason putting together proposals to fix the year-round schedule and polled people in the sport about this new schedule.

Interesting. But I think lots of injuries and would heavily favor roster continuity / experience.

clt says they are going to go to 17 games with a bye week. Then playoffs and pro bowl game.

A little bit more on the coaches last night. Since this is football and basketball I am not sure where to put this.

Sanchez when talking about the portal and Jahmir said “He was under-recruited and he came in an elevated the program and we coached him up and got him to a point he was able to leave and get the opportunity from Maryland and this is the new normal and we should be proud” Maybe not word for word there, but thats the basics.

Compared to Will who said we have players now getting recruited by other programs and when a kid hits the portal its almost always a done deal. He basically said please someone give us some money to keep talent. He mentioned not just being happy being in the AAC but wanting to beat “their butts”. He mentioned he tries to make sure the kids are having the absolutely best experience possible as way to defend against other programs but if a kid gets a huge offer from another program he can’t fault them for taking it. He did say kids transferring to peer schools/conference schools like Memphis is something he doesn’t want to see happening.

To compare each coaches perspective on this was interesting. Here Will has a massive roster trying to build a wall around them as best he can and making sure they are having a great experience. Ron basically says hey come in and play and if someone wants you then bye. An absolutely defeatist attitude.

Also Cara got the biggest applause - thats what happen when you win. You get sprinkles and claps.

A conference game on the road to start the season is a schedule made in HELL. I can’t believe we agreed to it. It’s definitely going to set a tone regardless of the outcome, but my spidy sense asks how could it be positive.

I know this for a fact. We were not happy with the league for doing this.

I think the positive here is FAU is a tall task no matter when we played them. Defense is usually quicker to come around than offense, except our offense is already set which means our team should be pretty set for that first game. Now FAU has plenty of film on our offense, but that shouldn’t matter too much if our O is as good as it should. The advantage is we unveil a new defense that has no game film on it against a conference team. Their prep for our defense is going to be very difficult.

Interestingly sad we bust our asses to get into the aac and coach doesn’t like it. Typical NINER timing I guess. I’m very dispirited by this, NIL, transfer rules, etc. We’re screwed folks. It will take a miracle for us to ever be competitive wherever we end up at whatever level unless someone with very deep pockets takes a liking to us but that’s not happening or it would already have. Beyond depressing.

No what Will means is Not being happy just being in the AAC, he wants ot beat their butts. In other words just being in the AAC isn’t enough. He wants to win and compete there. Mike Hill said same thing. They both talked about how recruiting immediately took a step up.

I just did a poor job of conveying what he was saying last night and remembering his words. My bad.

clt says it is great that Karen received applause.

Ron is not about winning. He is about the process. If player comes in and is " coached up" enough to be courted away so be it and the grind continues. Frustrating. Build the MFer up till you win and people want to come here as a destination. Really small time thinking. BB with 5 players should be able to compete when you are at the AAC level we have reached.

He sounds like Tepper and his “analytic processes.” How about winning some games for once and holding yourself accountable. Man I can’t believe Mike kept this dolt as coach.