If Biff turns this around in 1 or two years that’s putting enormous pressure on Ron assuming he isn’t getting fire at end of this year. Which I don’t think is out of the realm of possibility

I think I get what you mean. If anything, what Poggi is doing should give Ron good reason to worry about his job next year. Ron only needed to recruit a few high impact players and coach them up for mutual success. It’s taken Ron this long to have any measure of success, weak schedule he damned. Too little, too late for Ron.

Has Ryan Osborn DC been officially hired? Did I miss something? 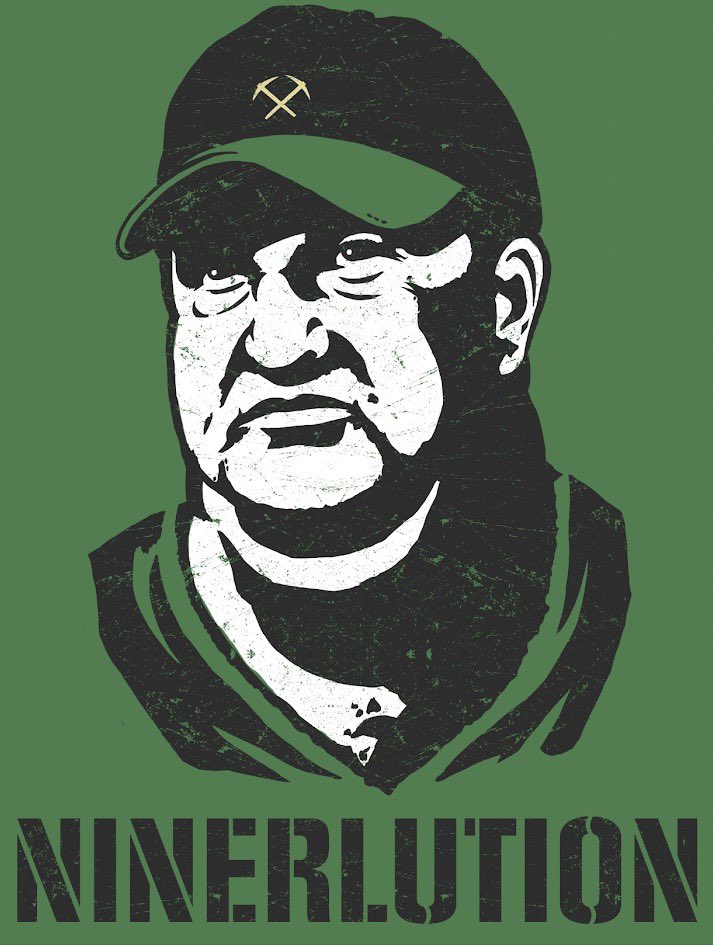 Has Ryan Osborn DC been officially hired? Did I miss something?

To your point, it doesn’t appear so:

The official Football Coach List for the Charlotte 49ers

But the man is listing himself as the D.C. in his Twitter profile, and Hunter Bailey confirmed it last month: 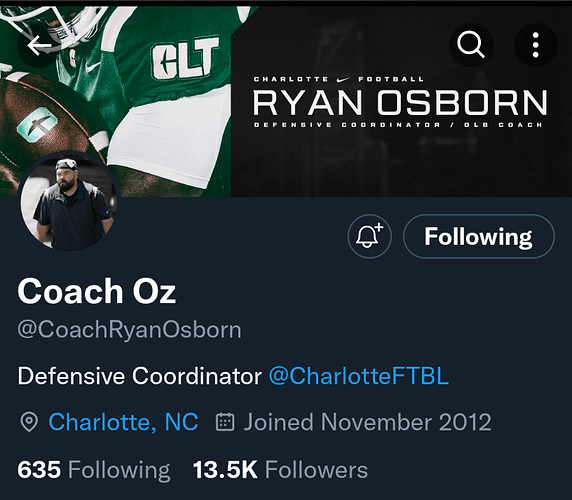 He was also really pumped to get here and get to work: 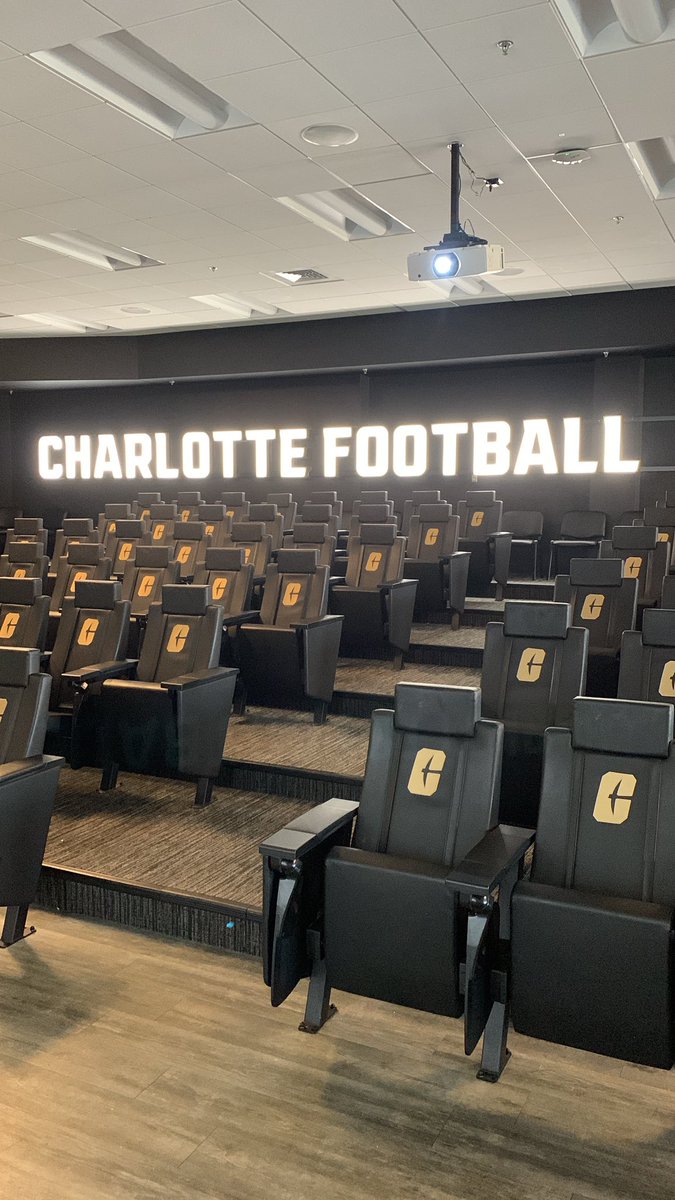 Possibility they are still working on a contract for him?

Possible. I look forward to a formal introduction.

Starting to think certain people in the AD read the board

Poggi said that Osborn was finishing up his responsibilities to the Ravens last week and would be down soon.

Or Ninereast1 has some serious pull haha.

Yup! Even a lifetime Steelers fan can appreciate us hiring a Ravens defensive coach. The Ravens defense was solid this year, a better than last season for sure, when many of their team stars were injured. This will be an additional boost to crootin

clt ithinks that Poggi is on this chat page

@CoachAyeo
I’ve officially moved to the Queen City! Thank you to my guy @CoachRyanOsborn for this opportunity at @CharlotteFTBL and ready to serve these young men as we work to win games & change lives! (Also have to get some more Florida Boys here 😂✅) https://t.co/RtyHpfwtFY
2 Likes
hky49er January 25, 2023, 6:53pm #1006

Now that Poggi has completed his staff, please show a complete list of new coaches 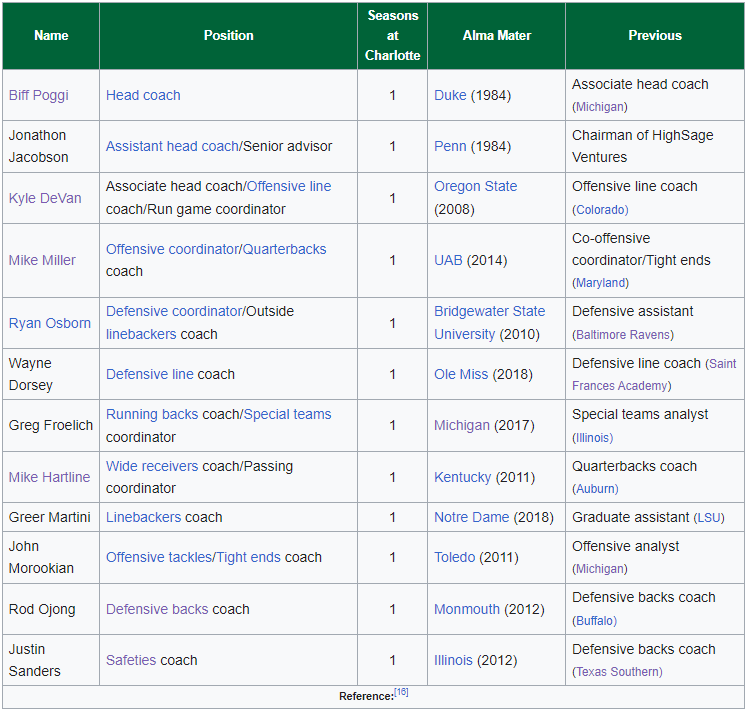 @AustinMGilbert
Honored to officially join the Charlotte Football staff as a defensive GA. Big thanks to @BiffPoggi and @CoachRyanOsborn for giving me a chance to help this awesome staff. Let’s roll⛏️⛏️
1 Like
Obeg January 26, 2023, 1:07pm #1009

Look who is on that line… 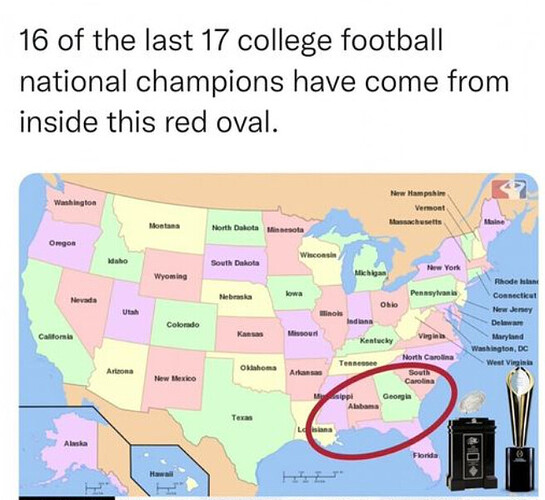 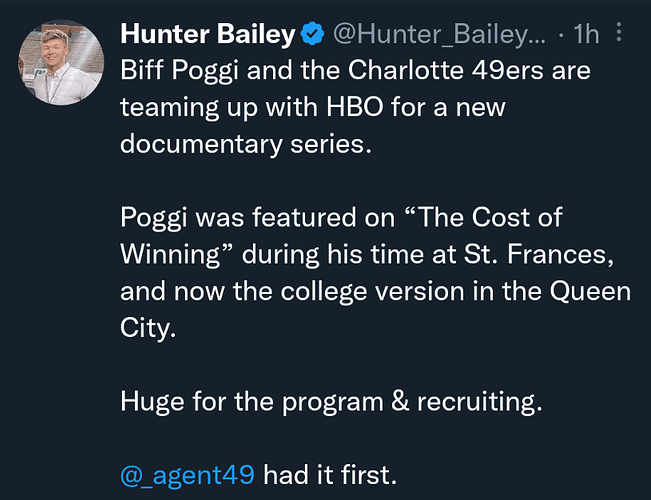 Wow. That is fantastic.

Also if anyone here hasn’t seen the original I highly recommend.