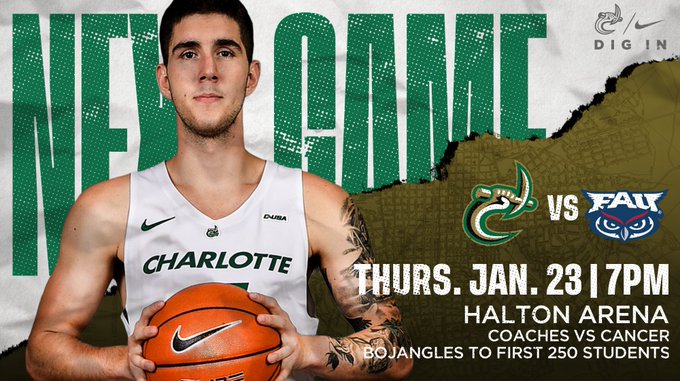 Big game per standings as FAU and Niners are both 4-2 in C-USA (along with FIU and LA Tech), third place behind leader North Texas (6-1) and second place WKU (5-1). 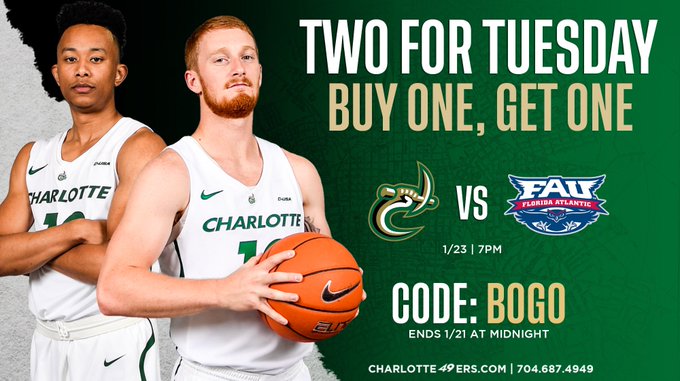 It looks like tiebreakers are going to be critical this year with the logjam developing near the top. We need to rack up wins against all the POD1 teams.

We need to win at home, period. This week will be very large in determining our seed in March. The Florida Atlantic University men's basketball team will play two road games this week, going to Charlotte to play the 49ers on Thursday night, then matching up

The Florida Atlantic Owls embark on a road trip to North Carolina with a head-to-head meeting with the Charlotte 49ers next on the itinerary. Can junior guard Jordan Shepard kick-start the 49ers offense enough for a much-needed win over the Owls? 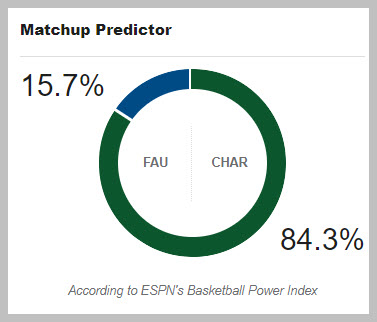 If we could hit 3s we’d be damn near unbeatable.

If we would stay and get an offensive rebound instead of hurrying back to play that damn pack line defense might help too. If we could shoot then we should run back. My two cents.

Young had a great game. His freshman game he is putting on display is very encouraging for his remaining 3 years here. Once again, the shortest 49er player on the court leads the team in rebounds.

FAU couldn’t miss in the first half. It wasn’t pretty fighting back and just trying to stay in the game. A lot of bad shots at the end of the shot clock still. The team got hot in the last 5-6 min when it counted though.

Shepherd played a bit more controlled. Didn’t force it on offense as much.

Vasic made his minutes count. Big 3 and a nice up and under at the basket.

Williams… at one point with the ball in his hands I thought he was about to attach the rim but he passed. To be continued…

If the AD gives the football team center lower level tickets to be announced at half… maybe in the future, invite some of the upper level people to take their seats when they don’t come back after half. The team needs the “6th” man help right? Well, losing a whole section front and center at halftime isn’t a way to help. 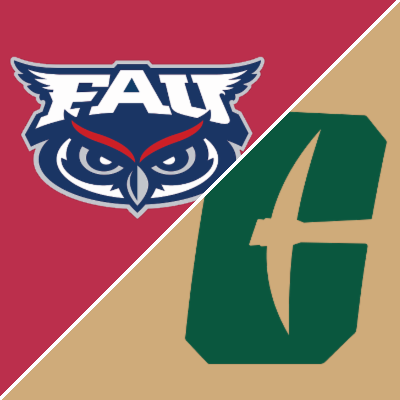 Jahmir Young just willed us to a victory

Hitting some 3s was HUGE in this comeback. Edwards’ 3 to tie at 64 was key. It was a set play after we called time out to run it. Sweet play call, sweet execution.

This team is excruciatingly painful to watch but somehow they found a way to win & are still around 3rd in this conference. We just don’t have the firepower to win convincingly against anyone so every win will probably be a struggle. Proud of the way they fought back & finished the game. Young is amazing & probably needs to just do what JD did last year & put this team on his back on the offensive end. Hope we can keep overachieving & stay top five in the conference. That will hopefully make us more attractive to a grad transfer big man that we will desperately need next season. That is assuming someone transfers. Maybe we can fake being good until we actually get the personel to become a great team.

I don’t think I have ever seen a Niner team that believed in their ability to win more than this one does. Even some of our best teams would not have come back in this game. These guys do not get lost in their own heads, they just hunker down and go to work. If we had more scorers we would be unstoppable.

Agree on Young. Folks in Dallas can go ahead and get the FOY trophy engraved!

50 total rebounds for both teams in a game seems really low. Anyone know the record for the year and in NCAA history?