The G5 will never get a team in the Final 4 so long as the criteria currently used to select teams is so focused on the computers.

Western Michigan is the top G5 team this year (That’s with a win that’s 100% attributable to the officials) I don’t think they are even worthy of a bid if were expanded to 8… If you want the best teams you can’t have the top 7 and then hold a spot for the best G5 team- it defeats the entire purpose, the real #8 gets bounced for a charity case.

Either learn to love lousy bowl games, or make a playoff that your group can strive for… I’d rather have a G5 Title than a trophy from the Western Arkansas Dirt Bowl

Instead of a G5 playoff, better pairings will help the leagues.

A few weeks ago I floated an idea for both: a six-team CFP taking the six best conference champs and giving a bye to the top two; as well as a four-team “Football NIT” for the remaining four conference champs.

It equates to the best of both worlds: the G5 has an institutionalized chance to compete for a championship while still getting the eyeballs that a G5 playoff would bring.[/quote]

Proposed something similar to the NIT for just the 4 other G5 champs that didn’t make the CFP. However, if the P5 champs would go for it, the NIT idea is a great one for the remaining 6 champs.[/quote]

I can see an NIT like tournament having more credibility than a G5 exclusive tourney by far.

For example if that tournament were to take place this year you could have the MAC champ take on the AAC champ. Then have the CUSA champ take on MWC champ. The winners of those two match ups could then take on Penn State and Oklahoma in the next round. Two P5 champs who were left out of the championship playoff this year. Then the next 2 winners could face off in the finals. I left out the Sun Belt Champ because they had co champs this year and there were two P5 teams that happened to be left out this time.

As Lane Kiffin heads to FAU, he unloads on the highs and lows of his time at Alabama, what bothers him about his tenure at USC and more. 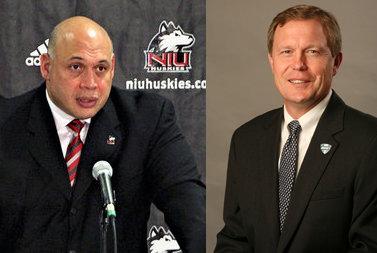 MAC commissioner and WMU do not agree. 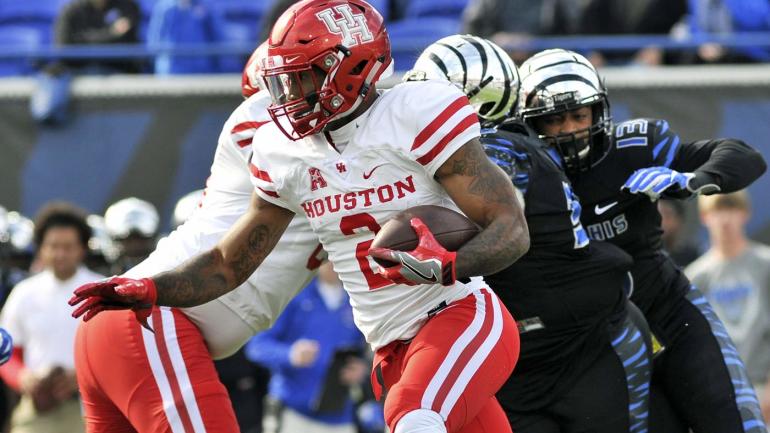 SEC commissioner explains why Group of Five should 'be careful' about playoff...

I do not see the P5 giving up ANY of their monopoly status or diluting it with G5 programs - It is ALL about the $$$. Perhaps after every P5 program has gold-plated toliet seats and locker and weight rooms from marble and brass, they may consider a G5 if it would make their payday easier.

I do not see the P5 giving up ANY of their monopoly status or diluting it with G5 programs - It is ALL about the $$$. Perhaps after every P5 program has gold-plated toliet seats and locker and weight rooms from marble and brass, they may consider a G5 if it would make their payday easier.

The legal ramifications of not providing a certain level of access I think will force their hand to keep a path open for G5 conferences.

Southern Miss beatwriter Pat Magee offers his 2 cents on the G5’s place in an expanded CFP.

Sunherald.com: UCF’s win is more proof: Group of 5 schools should demand more of the CFP UCF coach Scott Frost unloaded Monday on the "unfair" process that kept the undefeated Knights on the outside of the College Football Playoff.

Auburn was 2-2 against teams in the playoffs, and was on the verge of making it themselves. UCF stood toe to toe with them and came out on top. They made a strong statement for acess today as Auburn is a legit playoff caliber team.

Maybe we can hope that the exclusion of two of the P5 conference this year will motivate expansion to 8.

However. I doubt that the powers that be will guarantee a spot for the top G5 team.

The expansion to 8 would occur to meet the interest of the P5 conferences which would all miraculously have at least one team in the top 8 rankings each year.

The current model takes the top 4 teams into the playoff so I would assume they keep that model and the G5 would continue to be shut out. Even and undefeated UCF would not have made the top 8 and there is no reason to think the rankings would be any different if their were 8 spots. Those valuable playoff spots would be coveted by the P5 teams and that’s who will get them.

You can make a case that expansion to 8 and the continued failure of the G5 to access even that expanded playoff would actually widen the gap at least from the perspective of the general public.

“They aren’t even good enough to make an 8 team playoff. How good can they actually be???

This commercial is such BS. Everyone doesn’t have a shot and where are the non P5 mascots.

[quote=“Dowless, post:35, topic:30711”]This commercial is such BS. Everyone doesn’t have a shot and where are the non P5 mascots.

Everybody that counts can make it. Now, don’t you feel better?

I’m not in favor of an 8 team playoff simply because I think they will just slot 1 G5 team and then give them the worst possible matchup. Kind of like how the committee does Wichita State every year. I also think it waters things down. I already think we have too many bowl games and half don’t mean anything anymore.

I would be interested in a G5 playoff however.

Big time sports media will always promote what they think will make them the most money. So, that’s either talk about the biggest names, or talk about the teams that play on their network. They are also constantly promoting the idea that players should get paid because they bring in so much money for schools, when most schools actually lose money on sports. Don’t get me wrong, I do see a valid argument on why Alabama, etc. should pay their players but that ignores the reality of most programs. Which brings me back to my first point, they are not going to recognize that because it doesn’t fit a narrative which will bring in money and ratings.

Judy would brag about us going to post season if we were in a CUSA 14 team playoff.