Call me crazy, but I thought I’d create a positive thread on the message board today.

The victory over the appies last night reminded me of the 1st game ever played at Halton, a 75-63 victory for the Niners.

That game was played December 2, 1996 and we are approaching the 25th anniversary of that game. I was fortunate enough to be a student sitting in 104 for this game and I will never forget it!! 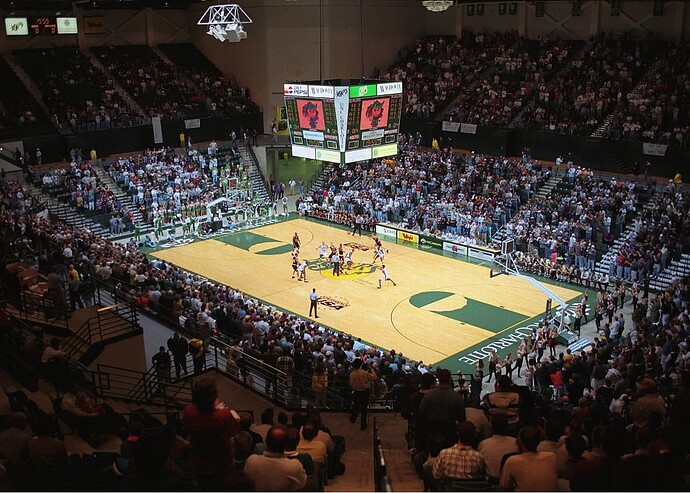 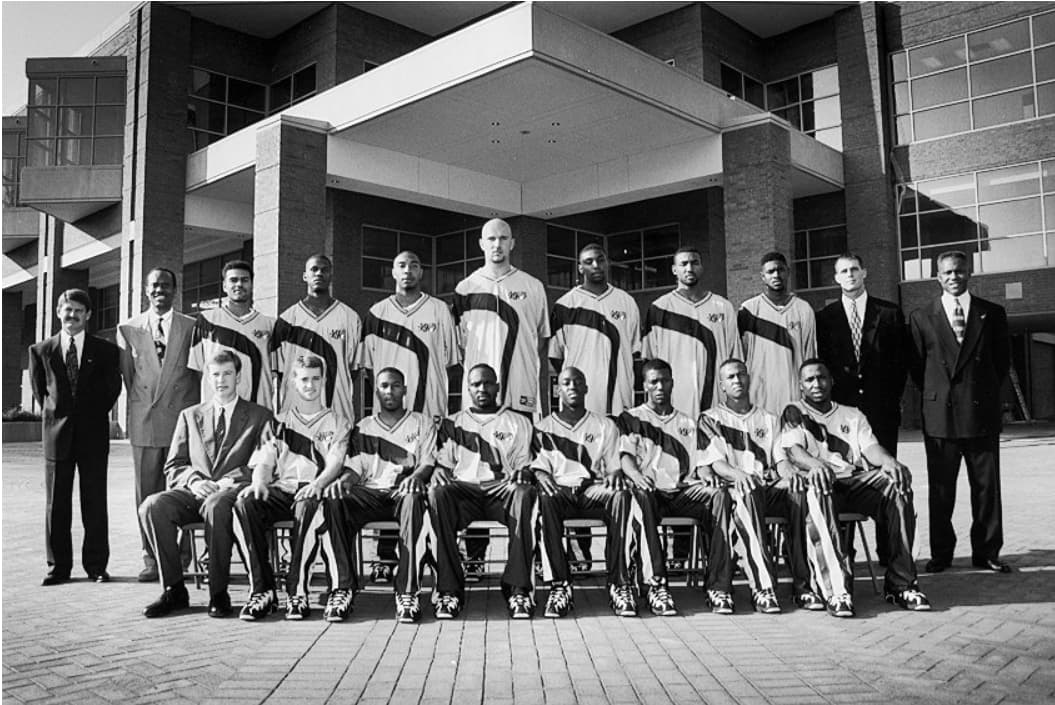 Great memories of this game (before, during and after). Took my dad to this game. He passed away in 2001.

I had the commemorative tee shirts for this game and season until they flat wore out about two years ago. My avatar is the design that was on the front of it. I took a pic before I finally said goodbye to it.

Still have my game ticket for that night in my 49er souvenir case!

What was it like to be a Niner basketball fan before Halton?

Played over at the old Coliseum on Independence. Wasn’t bad just had to have a DD. Lol

Loved that game and that team. We have a brick out there

It sucked ass before Halton mostly. Independence arena wasn’t too bad and we have a great record there, but playing in the coliseum off tyvola was just terrible. Absolutely hated it.

The bricks are gone. I looked for mine last home game and they have all been removed. Don’t know where they are. No notice was given they were being removed. I paid $49 for it. Anyone know the story behind the brick removal?

What? That is def messed up. I want my brick!

Another game from that season that I will never forget!! 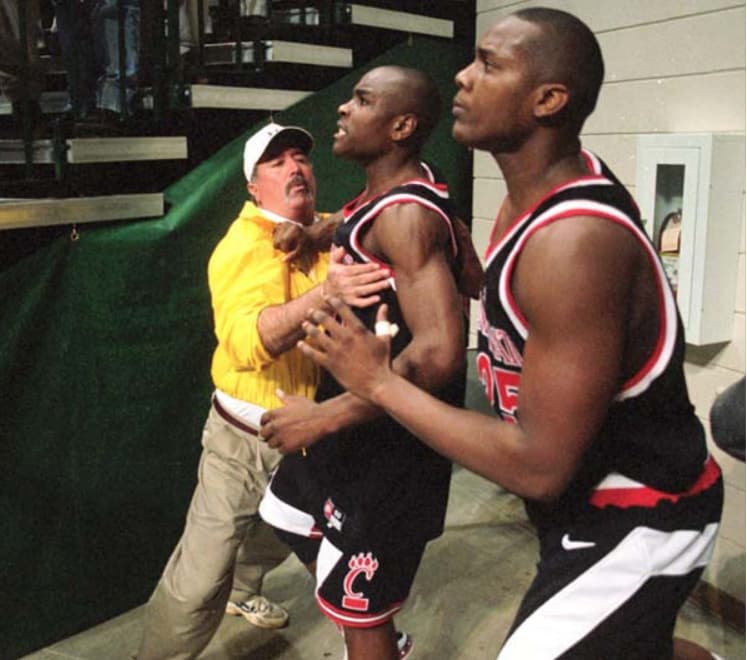 The public scolding was determined an adequate response, in part because N.C. Charlotte was apologetic about Tuesday’s incident involving 49ers fans.

Meanwhile, Cincinnati coach Bob Huggins said Friday that player Ryan Fletcher _ who admitted to throwing a basketball into the crowd at N.C. Charlotte’s Halton Arena _ will stay home while the Bearcats travel to play Southern California on Sunday.

The altercation started after Cincinnati survived a late comeback attempt by the 49ers and won 77-67 Tuesday.

Fans began by taunting Bearcats players, then threw ice and sodas as the athletes entered a tunnel to return to their locker room. The climax came with players zipping basketballs into the stands in retaliation.

Fletcher said the ball he threw didn’t hit anyone.

Todd Browne, a freshman at North Carolina Charlotte, said he was struck in the right cheek and had a tooth chipped by a basketball hurled by a Cincinnati player.

The melee, part of which was captured on videotape, violated the conference’s code of conduct for host teams, but there will be no fines or other penalties imposed, Teter said.

Conference USA commissioner Michael Slive said he will ask athletic directors of member schools to develop plans to do more to separate fans from visiting teams.

In a report to the conference earlier this week, N.C. Charlotte said it has taken steps to prevent a repeat of the confrontation. Teter declined to discuss the contents of the report.

Huggins said the problems started early in the game. Bearcats player Charles Williams was struck in the mouth with a quarter, apparently thrown from the stands, he said. Williams, who was not seriously hurt, continued to play after the incident.

When I was a freshman, we played some games in the old Belk Gym on campus, but some of our bigger attendance games at the Charlotte Coliseum on Tyvola (home of the hornets). They would drop a curtain on the upper level, which isn’t as bad as you think, because the bottom half sat 11-12k and it was a nearly new NBA arena. I didn’t love the drive but the games were super fun. Later we moved all of our games to Independence Arena and we played there (like we had back in the 80s and before) until Halton opened. I saw some good games at “The Big I” - including knocking off a top 5 Louisville team, but it never felt like home. The floor was even orange and blue.

Halton was a dream come true for students and fans of my era. And for the first 10 years it was opened, it was one of the best home courts I have ever seen. We played so many ridiculously loud games in there.

That Louisville game is the one Kummer knocked 2 teeth out, spit them out and proceeded to run back up court if I remember right. I will never forget seeing that.

I was front row for Kummer losing his teeth. Good times.

clt remembers camping outside haltron to get tickets. No issues about smoking then.

That game was also on ESPN. I think we had lost to davidson a few days before.

The bricks aren’t gone atleast mine isn’t. Just walked over it.