Bigelow took an official here over the weekend and has now committed to the program. I’ll have more on him later.

Fwiw, my boss, who is pretty connected to the aau scene, has seen him play and says he is the real deal. Good add. Now let’s go get petrusev and mcgowens.

I saw him play last year. He’s not gonna score 40, but he’s athletic, and can defend. Solid Add.

I saw him play last year. He’s not gonna score 40, but he’s athletic, and can defend. Solid Add.

this seems like the sort of kid that could be exponentially better from last season to this one.

Nice to get some good news after the Saturday fiasco.

After a little research, evidently the kid blossomed and is a deadly scorer now. #mybad

Apparently Isaiah scored 40 points against something call the “ACC Barnstorming Tour”, and he won the dunk contest.

Sounds like we got a “winner” in Bigelow. Proud of him

For the past 38 years, The Sumner Group has sponsored and coordinated the ACC Barnstorming Tour. Over the years, the Tour has provided a rare up-close-and-personal look at such standout players as Michael Jordan, Len Bias, Dereck Whittenburg, Tyler Hansbrough, Nolan Smith, and Tyler Zeller to fans of all ages across the southeastern United States. This season promises to be another exciting year in Barnstorming history. The tour will consist of eight games over three weeks following the completion of the NCAA Final Four in April.

This year’s roster of ACC AllStars will be coached by UNC legend Phil Ford.

In addition to the basketball games, each stop will also consist of a 3-point contest and a dunk contest. Players will be available following the game for a limited autograph session with general admission ticketholders. VIP ticketholders will enjoy reserved front row seating to the game, a post game reception with the ACC All-Stars, and a photo/autograph session. A portion of the proceeds from each game will be donated to the Ronald McDonald House. Additional proceeds will also benefit each hosting high school.

The tour will be making a stop at Hunter Huss High School in Gastonia on April 18.

HACC barnstorming tour is legit. They get a bunch of guys that are not going to get drafted but are graduating seniors and get them to play for cash. I’m not sure about this year’s roster, but I’ll see if I can find it.

Yeah so apparently our boy Isaiah absolutely torched a bunch of ACC seniors. I think we got a steal in him.

clt says they pay b-ball for cash? Just like the acc regular season

So proud of our recruit Isaiah Bigelow! Can’t wait to see him in person

I didn’t see anything in the linked articles that mentioned Bigelow, not even the one that showed the HS all-star roster. Where did this 40-pt story come from?

I didn’t see anything in the linked articles that mentioned Bigelow, not even the one that showed the HS all-star roster. Where did this 40-pt story come from? 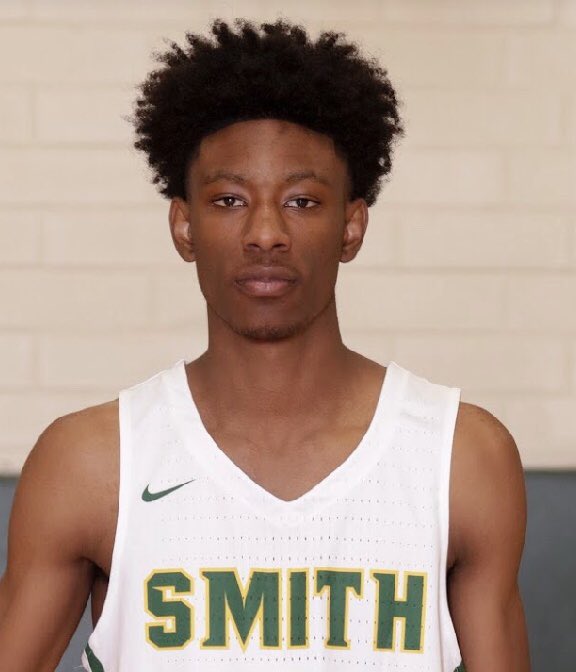 This reply to the original tweet appears to confirm:

Each stop on the tour the team plays high school seniors from that areas local school. The roster for the ACC players is typically the same but the local team always changes. Bigelow played in the game at SE Guilford.

Per David Scott, Bigelow has been granted his release and will sign with Wofford. That sucks, I was really excited about him.