MLB about to get cranked up, who do you pull for?

Who is your favorite MLB team??

Mine is pretty obvious…

But regardless, go Blue Jays!

M’s… not much to look fwd to this year even with a Cy Young winner from last year.

Alas, I am sad to say that I am a Cubs fan and I don’t foresee the drought ending this year for the lovable losers.

Hey Chisox the bull dyke bit*h was at least 5’8" and 150 lbs and had failed 3 grades and the last caught looking strike was bullshit and everyone who laughed can… BRING IT!!.. WINNER!!

I think some you guys know I am a huge Phillies fan. and NO, I’m not a band wagoner; I inherited them from my Dad.

Hopefully we don’t underachieve this year.

This is what Chipper and his surgically repaired knee plan to do to the competition this year. Go Braves!

I’m a Reds fan. Started rooting for them when I looked at the standings and saw them in first place last year.

I am not a big baseball fan. Love going to games, but can’t watch it on TV. Grew up an Orioles fan though…

Didn’t really have a baseball team growing up so I supported the local teams where I live, it use to be the Nationals when I was in DC, now it’s the Dodgers …

Dodgers have a solid rotation with [font=inherit]Lilly, Kuroda, Billingsly, Kershaw and Padilla. Kemp, Loney and Martin just need some support now and play better than they did last year. NL West looks to be loaded again.
[/font]

GO WHITE SOX![/quote]
NO! I DON"T LIKE BASEBALL! RABBLE RABBLE! You take your commie stick ball game out of here!

When I passively follow(ed), I was first a braves fan… now I kinda am on the fence with them. Liked the Mets cause I hate the Yankees but love NY and they had John Maine, but now I don’t know (edit: oh yea! and the Tidewater Tides were my local minor team in the V A B and a Mets farm team so there’s another reason). I like the Indians cause of Major League and because I pity them and because they lost to the Braves in the WS when I cared about the Braves. According to that flow chart I am an A’s fan. Who knows? Wish Charlotte would get a team. Reckon I’ll just stick with the Niners. 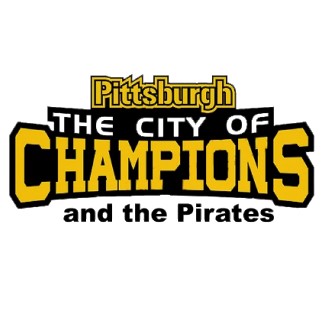 The last game I went to was game 3 last year when Brooksy forgot how to play. This is a new year. GO BRAVES!

I am also a Pirates fan and am hardcore about it. I’m 40 and don’t ever remember not being a Pirates fan. There are zillions of us out here. If they are ever good, you’’ see how big this fanbase is.

Next time you’re found, with your chin on the ground
There a lot to be learned, so look around

When troubles call, and your back’s to the wall
There a lot to be learned, that wall could fall

Once there was a silly old ram
Thought he’d punch a hole in a dam
No one could make that ram, scram
He kept buttin’ that dam

But Mike, if you want more
Get a steak times four

We all say "Wow!"
That’s like a whole hunk of cow

I am also a Pirates fan and am hardcore about it. I’m 40 and don’t ever remember not being a Pirates fan. There are zillions of us out here. If they are ever good, you’’ see how big this fanbase is.